Every year in the month of September, one of Apple’s most important annual event take place. This year also Apple will be hosting the launch event for the next gen iPhone 13 series. According to rumours and leaks, the next gen Apple iPhone 13 release date is likely to be September 14. However, the shipping could begin a week later. Some previous rumour also suggested that Cupertino based tech giant will announce Apple Watch Series 7 at the same launch event. But now the latest report tells some different story.

According to report from Bloomberg, the Cupertino based tech giant could delay the launch of next gen Apple Watch Series 7. This delay is likely to be because of some production issues. The same report suggests that the actual reason behind the production delay is probably because of the new and the larger display. Hence, it is safe to assume that the tech giant could delay the launch of the upcoming Watch Series 7.

It is possible that Apple will announce the next gen Watch with a delay. This will also delay the shipments. According to Mark Gurman from Bloomberg, the Apple Watch Series 7 could release alongside the iPhone 13 series, with limited numbers accessible until the production issue is resolved.

Apple has started sending out the invitation for the launch event of the new iPhone 13 models. However, the invite does not reveal any specific name for the upcoming iPhone models. But the rumours and hints suggest at the upcoming series is likely to be the Apple iPhone 13 series. As mentioned above, the Apple iPhone 13 series could release next week on date September 14 to be specific.

The Apple iPhone 13 series could launch with much smaller notch. The rumours and leaks suggest that the iPhone 13 series will be powered by A15 Bionic chipset. These devices will be running on the Apple’s latest iOS 15 operating system. To recall, Apple iOS 15 was officially unveiled at the WWDC 2021 earlier this year. Also Read: iPhone 13 OLED display to be manufactured by Samsung and LG

Additionally, Satellite communication could be one of the most interesting features that we could expect to see in this year’s iPhone 13 models. This feature will basically allow the users struck in no connectivity area to connect for help during the emergency situation. Although, some reports suggests that Apple could bring limited number of devices with this satellite communication feature. With the launch of iPhone 13 series, the Cupertino based tech giant is also likely to resolve some major issues. The users have been facing these issues over the last several years. 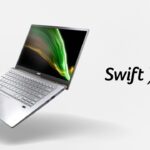 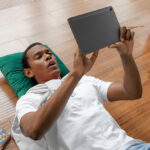