The upcoming OnePlus Nord 2T seems to have all the right specifications to become a perfect smartphone for most users. The Nord 2T is likely to settle under the premium mid-range price segment. According to the rendered images, the smartphone’s design is instantly appealing to the eyes. Furthermore, the specifications appear to be excellent for gamers and casual users. The OnePlus Nord2T specifications have been already revealed. Again, the upcoming device’s launch date and price have been leaked online.

The render images shared by 91Mobiles reveals that the device will come with a gradient finish. This design will remind us of the original OnePlus One, as it comes with a sandstone finish. All the OnePlus fans loved this sandstone finishing. The OnePlus one like sandstone back panel is something that they have been asking the brand to bring back for a long time. The sandstone back panel was phased out by other finishes, like the frosted and glossy glass back panels.

Besides the Sandstone back panel design on upcoming OnePlus Nord phone. The new live image also shows a close-up look of the rear camera module of the OnePlus Nord 2T. The upcoming OnePlus Nord series smartphone could also get a rectangular camera unit. This camera module will accommodate a triple camera setup and two other sensors. All three cameras are placed inside two vertical circular rings in this triple camera setup. The top ring will house the primary camera. At the same time, the bottom ring will feature the other two camera sensors.

The other two sensors are not the two different flash modules. But rather, one of the sensors is LED Flash, and another sensor is an ambient light sensor. This ambient light sensor is similar to the sensor present on the OnePlus 8T. The camera frame seems to get the plastic build. According to previous leaks, the USB Type C port, speaker grille could be placed on the bottom edge. At the same time, the SIM Tray section and the famous OnePlus alert slider will be set on the left edge.

According to the leaked render images, the camera module appears to be asymmetric, not seen in many phones. Although, it could be possible because these are just Computer-Aided Design (CAD) renders. Therefore, we recommend you take these leaked images with a pinch of salt.

As mentioned above, OnePlus Nord will come with a balanced set of specifications. The upcoming Nord phone will sport a 6.43-inch Full HD+ AMOLED display. This display will also get a 2400×1080 pixels screen resolution and a 90Hz refresh rate. Furthermore, the device will also get a punch-hole cut out for a selfie camera.

The upcoming OnePlus phone is also likely to run on the Oxygen OS 12. The Oxygen OS will run on top of the Android 12 operating system. The complete hardware on OnePlus Nord 2T is expected to get its backup from a 4500mAh battery. Additionally, this battery will get its juice from an 80W SuperVOOC charging solution. According to leaks, this is the same charging solution that is already present on the OnePlus 10 Pro.

Moving towards optics, the OnePlus Nord 2T will pack in a triple rear camera setup, as mentioned above. The back camera unit comprises a 50MP Sony IMX766 primary sensor. This primary sensor will also get Optical Image Stabilization (OIS) support. The secondary camera is an 8MP Sony IMX355 ultra-wide lens with an f/2.25 aperture. The third lens is a 2MP monochrome sensor with an f/2.4 aperture. This OnePlus handset could also get a 32MP snapper on the front for selfies and video calls. 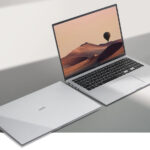 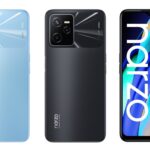