Infinix recently confirms about launch of a new smartphone in India. This time Infinix is planning to launch a new Hot 10 Play smartphone in India. The smartphone will be launching on April 19. The company also confirms that the device will be available in four color options including Morandi Green, 7-degree Purple, Aegean Blue, Obsidian Black. The smartphone company also claims that the device has been designed for entertainment enthusiasts. With this smartphone users can witness an unforgettable experience with a set of unique features that will fulfill all consumer requirements.

Since Infinix Hot 10 Play has been already launched in International markets, it is likely that smartphone with similar specification is likely to launch in Indian market as well. However, there are chances that company is likely to make few tweaks here and there in this upcoming smartphone in India. Also Read: Infinix Smart 5 launches with 6000mAh battery, will compete with the likes of Realme, Xiaomi

In International market, the Hot 10 Play smartphone comes with a 6.82-inch HD+ LCD display along with a waterdrop style notch on the top center. This notch accommodates the front selfie camera module. The smartphone is power by MediaTek Helio G25 SoC. This chipset comes paired with an IMG PowerVR GE8320 GPU. Additionally, the device comes with 2GB RAM/ 32GB of internal storage. This storage is expandable and can be expanded upto 512GB via a microSD card.

The upcoming Hot 10 Play smartphone runs on company’s own custom XOS 7.0 UI which is based on Google’s Android 10 (Go Edition). The smartphone packs in massive 6000mAh battery along with a support for standard 10W charging system. For security, The device comes with a rear-facing fingerprint scanner and additional face unlock feature. Regarding cameras, The device supports a dual-rear camera setup. The two camera on the rear compromises of a 13-MP primary sensor along with an unspecified depth sensor. For selfies, the smartphone comes with an 8-MP sensor for taking selfies.

Although, the company has finalized the launch date of Infinix Hot 10 Play. But the smartphone makers are yet to announce the official price of this upcoming smartphone. However, according to some press release, the smartphone is likely to be price under Rs 10,000 in the country. To recall, this smartphone has already launched in other international markets including Philippines. According to International market pricing, the device is likely to be price around Rs 6,500 on conversion. 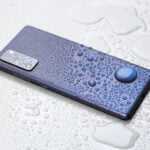 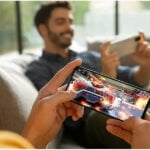