It seems like Samsung loves to launch FE smartphones. Samsung recently launched Galaxy S20 FE 5G running on Qualcomm chipset with great zeal. The South Korean company has also launched a 4G variant of Samsung Galaxy S20 FE in India last year. This smartphone runs on Exynos 990 chipset. Now, the company is working on another Galaxy S20 FE device. This upcoming device is likely to rely on Qualcomm Snapdragon 865 SoC. Additionally, this smartphone will feature 4G connectivity only. A similar device from Samsung has been spotted on benchmarking websites.

According to recent benchmarking listings, The Samsung Galaxy S20 FE is has been spotted on Geekbench, benchmarking platform. The listing on Geekbench confirms about the existence of Snapdragon 865 SoC. This chipset is coupled with 6GB RAM on this listed variant. The smartphone has been also seen on NBTC Website. This website confirms that the variant will be operating on 4G connectivity only. Thus, suggesting that Samsung will be ditching 5G modem in this smartphone to keep the pricing as low as possible.

This upcoming Samsung Galaxy S20 FE is likely to confuse Samsung fans/ future buyers. This is because one of the model, S20 FE 4G is already available in market at a starting price of Rs 40,999. Whereas, the 5G variant of S20 FE starts at Rs 47,999. If this 4G variant of Samsung Galaxy S20 FE comes with Qualcomm Snapdragon 865. Then, it is likely that Samsung will stop production of Exynos variant.

Also, it is likely that this new upcoming 4G variant smartphone will come with a price tag of under Rs 40,000. This upcoming smartphone will compete with recently launched OnePlus 9R. The other key highlighting features for this upcoming smartphone could include a 120Hz AMOLED display, an excellent triple-rear camera system, a bigger battery and availability of Qualcomm Snapdragon 865 processor. Also Read: Samsung Galaxy S21 FE camera details and other specifications leaked 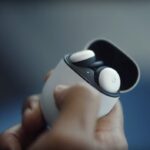 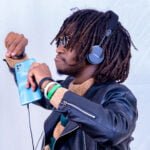