Google Pixel 6 and the Pixel 6 Pro will be the next-gen Pixel phones launching later this year. The design of both the Google Pixel series mobile phone already surfaces online. Both new Pixel phones look very different from their predecessors. Beside the new design, this time Google is following the foot prints of Apple. The tech giant is planning to incorporate its own Chip. The new chipset from Google will be name as Tensor. The Google Tensor chip will power both the latest Pixel 6 series mobile phone. Additionally, both the Google Pixel 6 and the Pixel 6 Pro will be launching the Android 12 OS along with Google’s Material You Design.

Rick Osterloh, Senior Vice President, Device and Services at Google has posted a blog post. This blog post reveals some information about the latest Google Pixel 6 and the Pixel 6 Pro phone. This year Google is planning to go for typical redesign for its upcoming Google Pixel series devices. The tech giant is planning to launch a Pro variant instead of the typical XL variant.

However, the overall design of both the latest Google Pixel 6 and the Pixel 6 Pro phone will remain same. The only difference comes in form of their screen size, camera lens and some new additional features. The Camera module comes on a protruding strip. Google calls this strip the camera bar that runs across the width of the smartphone. Additionally, both the camera houses a bigger sensor compared to the previous generation Pixel phones.

Design wise, the latest Google Pixel 6 series phone will carry the dual-tone design. The power buttons and the volume buttons get their position on the right side. Whereas, the left side remains blank. Additionally, the Pro model comes with a polished aluminium frame. On the other hand, the standard model comes with a matte aluminium finish. Both device under the Google Pixel 6 series will feature a single centrally located punch-hole cutout. This cutout houses the selfie camera. Keep in mind, the design of the latest Google Pixel 6 series phone matches the design of the renders. These renders surface online earlier in the month of May.

The device is likely to launch in three colour options for each model. Regarding hardware, Google will be incorporating its own custom-built chipset. The Google’s chipset could launch with the name as the Tensor chip. According to previous reports, the in-house built chipset comes with the codename of “GS101”. This Whitechapel chipset will be powering the upcoming Pixel series phones. According to reports, the Tensor chipset will be providing entirely new features and improvements in photography department. Additionally, the latest chipset comes with a new security core and an all-new Titan M2 security chip.

According to Google, this security chip makes the Pixel 6 series phones the most secure smartphone. Talking about the software, the latest Google Pixel 6 series phone will be running on the Google’s Android 12. The latest operating system come along with Material You Design. To recall, the Material You Design was announced at the Google I/0 2021. Also Read: Android 12 code leaks Google Pixel 5a 5G chipset details

According to reports from The Verge, the latest Google Pixel 6 Pro phone will sport a 6.7-inch QHD+ display. This display gets a 120Hz refresh rate. The display could geta curved screen. The device will also feature a triple rear camera setup at the back. The camera setup has been already leaked on the render images. These images are published by Google in the blogpost. The rear camera setup includes a new wide-angle primary sensor along with a secondary sensor with ultra-wide-angle lens. The third camera sensor comes with 4X optical zoom telephoto lens. Google claims that the wide-angle sensor can take in 150 percent more light. This will allow to improve the details in the photos.

On the other hand, the standard Google Pixel 6 is likely to feature a 6.4-inch Full HD+ flat screen display. The display will come with 90Hz screen refresh rate. Regarding camera configuration, the latest Google Pixel phone could launch with dual camera setup at the back. The camera arrangement has previously been spotted in the official render images publish in the Google blogpost. The camera configuration also remains same leaving out the telephoto lens. For security, both the Pixel 6 series mobile phones will have an in-display fingerprint scanner.

During the leaks, the demo of the Google Pixel 6 series’ camera performance was also shown. These leaks suggest that the camera performance is comparable with the Pixel 5 series and the Apple iPhone 12 Pro Max. More intriguingly, there was also a demonstration of the near-instantaneous speech-to-text feature. This will allow users to use the keyboard while dictating and modifying the words. Meanwhile, we lack any solid pricing details about the upcoming Pixel phones. The latest Google Pixel 6 series phone is likely to be “a premium-priced device.” 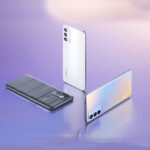 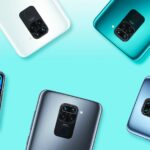