The Flipkart teaser image reveals some of the key highlights and launch date of this upcoming smartphone. According to teaser image, the Samsung Galaxy F12 will launch on April 5 at 12 noon. This upcoming smartphone will be launch via an online launch event. The Flipkart teaser also reveals that Samsung is likely to launch another Galaxy smartphone in the country on same date. The other Galaxy smartphone to launch will be Samsung Galaxy F02s.

The Flipkart teaser has revealed some of the key highlighting details about this upcoming Galaxy F12 smartphone. These key details includes display size, camera details and other details. The teaser image also reveals the complete design language of this upcoming Samsung smartphone. According to Flipkart teasers, The Samsung Galaxy F12 is likely to feature a 6.5-inch HD+ Infinity-V display which comes with 90Hz refresh rate. The smartphone will feature a 48-MP quad rear camera setup. Additionally, for selfies, the smartphone will offer a single camera sensor on the front. However, the details about the other camera sensor have not been reveal as of yet by the company.

Regarding the design. The Samsung Galaxy F12 will feature a square shaped camera module at the back panel. This camera module also houses a LED flash along with four camera sensors. The fingerprint sensor has been shifted to side-mounted scanner. On the front screen, the smartphone includes an Infinity-V display which comes with pretty slim bezel on the side edges. Overall, the Samsung smartphone will come with a pretty neat and clean design. According to teaser image, the smartphone will launch in three color options. 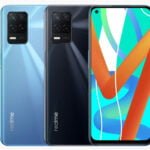 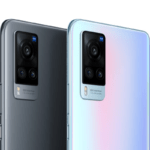