The all new Realme V13 5G offers a 6.5-inch Full HD+ LCD display. This display comes with a 90Hz refresh rate and also feature a punch-hole cutout on the top-left corner of the display. The smartphone is power by MediaTek Dimensity 700 SoC. This chipset is based on 7nm process. To recall, the Realme V13 5G comes with two RAM/ Storage options. This options includes 8GB RAM/ 128GB of storage and another 8GB RAM/ 256GB of native storage.

Regarding cameras, The device supports triple rear camera setup. These three camera compromises of a 48-MP main camera sensor along with 2-MP macro lens and a 2-MP depth sensor. As for the selfies, the smartphone comes with a standard 8-MP front selfie shooter. Also Read: Xiaomi launches much awaited Mi 11 Series including Mi 11 Ultra, Mi 11 Pro and Mi 11 Lite in Global market

Regarding other specifications, the all new Realme V13 5G is back by 5,000mAh battery along with 18W fast charging support. The device runs on Realme’s own custom UI, Realme UI 2.0 which is based on Android 11 OS. Additionally, for connectivity, the smartphone gets support for USB Type-C port, 3.5mm audio jack etc. Other connectivity options include a Bluetooth v5.1, GPS, dual-5G, and a dual-SIM option. This smartphone comes with Dual-band WI-FI ac support. For security, the device comes with a side-mounted fingerprint scanner.

Regarding its availability, The smartphone is now available for sale in China. Initially, during it’s launch the Realme smartphone was available on pre-orders in China. However, now the smartphone is available for sale. The V13 5G comes in two color options including Azure Black and Ash Blue colors. Although, there is no word on its availability in India. This is because the Realme V Series has not yet launch in India. Also, there is no chance that this smartphone will ever land in Indian markets. Keep in mind, Realme rebrands this Realme V Series smartphone as Realme C series or Realme Narzo Series to launch in India. 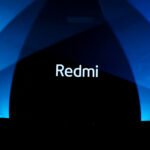 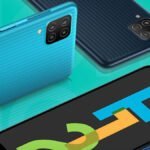