Ahead of the official launch, the Realme 9 5G mobile phone specifications have surfaced online. According to this report, the upcoming Realme smartphone is likely to feature a 90Hz refresh rate display. The handset could be powered by a MediaTek Dimensity 810 chipset. Furthermore, the upcoming Realme phone is likely to feature a triple rear camera setup headlined by a 48-megapixel main camera. Furthermore, the Realme 9 5G smartphone has been spotted on FCC and NEMKO certifications.

Under the hood, the handset is likely to get its power from a MediaTek Dimensity 810 5G chipset. This chipset will come in pair with up to 8GB RAM and up to 128GB of onboard storage. Furthermore, the tipster also confirmed that the Realme 9 5G could also come in two RAM and storage configuration. This may include a 6GB RAM and 64GB storage variant. The other variant of Realme 9 5G could pack in 8GB RAM and 128GB storage.

Similarly for camera specifications, the all-new Realme 9 5G mobile phone could feature a triple rear camera unit. The Realme smartphone is likely to include a 48-megapixel main camera sensor along with 2-megapixel depth sensor. The third camera lens could be a 2-megapixel macro sensor. For selfies and video calls, the Realme 9 5G is also likely to come with a 16-megapixel front shooter.

For audio specifications, the Realme mobile phone is likely to carry a stereo speaker unit. Furthermore, for device security, the Realme 9 5G is likely to come with a side-mounted fingerprint reader. This fingerprint reader will also be built-in within the power button. Hence, the power button will function both as power on/off button as well as fingerprint scanner. Also Read – Realme 8 5G with MediaTek Dimensity 700 series SoC launches in India

The complete hardware on the upcoming Realme9 5G is likely to get its backup from a 5000mAh battery. This battery will come along with 18W charging solution. Furthermore, the all-new Realme 9 5G will join the recently launched Realme 9 Pro series. Keep in mind, this is just an expected specifications sheet for the upcoming Realme mobile phone. Meanwhile, the Chinese smartphone brand is yet to announce the launch date for the Realme 9 5G smartphone. 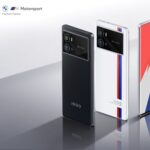 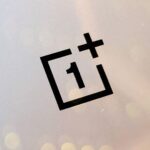