According to MySmartPrice, Realme 8 5G has been listed on India’s BIS and Thailand’s NBTC website. The device comes with a model number of RMX3241. Unfortunately, other than model number, the listing does not reveal any other details related to the smartphone. Therefore, we can expect an imminent launch of Realme 85G in India.

As per reports, the upcoming Realme 8 5G could bring slight upgradation from the recently launched variant of Realme 8. According to details from the launch event, the recently launched mid-ranger Realme 8 smartphone comes with 6.4-inch of AMOLED panel which comes with Full HD+ resolution along with 90Hz refresh rate. The device will be powered by Qualcomm’s Snapdragon 720G SoC. this chipset comes coupled with up to 8GB RAM/ 128GB of native storage. Also, this storage is expandable via microSD card.

The Realme 8 smartphone is likely to feature a 64-MP quad-rear camera setup. Beside 64-MP main camera, the camera setup features in an ultra-wide-angle lens, a depth sensor and a macro sensor. For selfies the smartphone houses a 16-MP front shooter. Additionally, the smartphone packs in a 4500mAh battery along with 50W fast charging support. The smartphone is available in two color options including Cyber Black and Cyber Silver colors. Also Read: Realme X7 Max launches in India with Dimensity 1200 SoC

Along with Realme 8, the Chinese smartphone makers launched the pro variant, Realme 8 Pro. The Realme 8 Pro features some of the key highlights including AMOLED AOD Display, 50W SuperDart fast charging,108-MP quad-rear camera setup and more. The pricing for Realme 8 Pro starts at Rs 17999. The 6GB RAM/ 128GB storage comes with base model and it sells at Rs 17999. The top-end variant features 8GB RAM/ 128GB of storage and is price at Rs 19999. The smartphone is available in Infinite Black and Infinite Blue color options with a Illuminating Yellow variant coming soon. 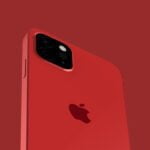 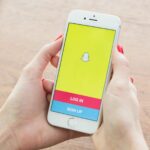