Ahead of the official launch, Vice President Madhav Sheth also indicates for the possible Realme 9 Pro mobile series price in India. He confirms these details during an ask-me-anything (AMA) session. Furthermore, Realme India also teased about some of the key specifications of the upcoming Realme smartphone series. According to reports, the Realme 9 series phones are likely to come with triple rear cameras. Moreover, these phones may also get a Light Shift Design. In this Light shift design, the colour changes from “light blue to red” whenever it is exposed to sunlight.

Keep in mind, the India launch of this Pro series is aligned with the global launch schedule. Moreover, these Realme phones will be debuting in other markets on the same date. To recall, the upcoming smartphone series includes the Realme 9 Pro and the 9 Pro Plus 5G smartphones which will come with support for 5G Technology.

Vice-President Madhav Sheth said, “As the brand aims to go premium in 2022, we aim to expand the 9 Pro series above the 15,000 segments, with all the devices in the Pro series being 5G enabled and built an overall enhanced and more premium mid-range experience”. To recall, Madhav Sheth made a similar announcement during a media interview last month.

In #AskMadhav session, he also confirmed that Chinese smartphone brand is currently working on the vanilla variant of Realme 9 mobile phone. He further adds that the Realme 9 series will be launching at a later stage. Madhav Sheth also teased about the plans to launch the all-new Realme Buds Air 2 later this quarter. He further suggests that the tech brand is also developing a 65-inch Realme Smart TV.

As for the specifications, the upcoming Realme Pro smartphones will include a triple rear camera setup. Furthermore, these Realme phones will get the Light Shift Design. According to details available on the dedicated webpage on Realme India official website this design will change colours in sunlight. Also Read – Realme GT family takes over the Realme X Series in India

The webpage also shows that the upcoming Pro+ variant will get 50-megapixel Sony IMX766 sensor. This camera sensor will also get an optical image stabilisation (OIS). Further details about this triple rear camera unit remains unknown. An octa-core MediaTek Dimensity 920 5G processor will power this Pro+ smartphone. This will be first device on board to get this chipset.

Besides these details available on Realme India website. The Realme Indonesia website also shares details about the upcoming Realme Pro+ variant. The Pro+ variant will get a 4500mAh battery along with 65W SuperDart Charge fast charging. Furthermore, the Realme 9 Pro+ variant will get a Super AMOLED display along with 120Hz refresh rate. For device security, the smartphone will also get an under-display fingerprint sensor. Additionally, the support for NFC will also be available.

According to latest online render images shared by @OnLeaks, the new Realme smartphone series will get curve-edge body. Moreover, it will also get a slim profile and an etched layer. This will add to the wavy reflections on the rear side. On the front side, the Realme handset will get a single punch hole selfie camera. This selfie camera will align on the top left corner.

According to rumours, the regular Pro variant under the Realme 9 series will also get a side-mounted fingerprint sensor. While, the Pro Plus variant will get an in-display fingerprint scanner. Moreover, these Realme smartphones will be launching in multiple funky colour options. Although, this light shift design will be available only on the Sunrise Blue colour variant. It is also possible that the variant with light shift design is likely to be more expensive. 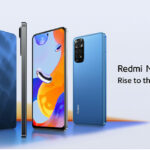 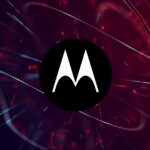