To recall, the Chinese smartphone makers, Motorola have launched many smartphones with 108-megapixel cameras under different price segment. But the recent reports suggests that the upcoming Motorola flagship mobile phone could sport a 200MP camera sensor. Also Read – 200MP camera on Samsung Galaxy S23 Ultra, could be the first Samsung Phone

According to leaked renders, the rumoured Motorola smartphone shows a punch-hole display. At the rear side, the next Moto flagship smartphone features a triple camera unit and a LED Flash. The report further suggests that this flagship Motorola Frontier 22 is tipped to debut in July 2022. These design renders have been shared by WinFuture.

The triple rear camera unit on this Motorola “Frontier 22” mobile phone will include a 200-megapixel primary camera. This primary camera will come with OIS support. An additional, 50MP ultra-wide-angle camera will come with a 12MP telephoto camera sensor. This telephoto lens might support 2x zoom. For selfies and video calls, the next Moto phone might get a 60MP front facing camera.

This Motorola smartphone will come with Snapdragon 8 Gen 1 Plus chipset. Keep in mind, this chipset is yet to be announced by Qualcomm. Furthermore, the Motorola handset will feature a 144Hz refresh rate display. For device security, the Motorola phone could support a fingerprint scanner for authentication. It is also likely to come with a 4500mAh battery along with 125W wired charging and 50W wireless charging solution.

According to leaks, the upcoming Motorola “Frontier 22” smartphone is a dual Nano SIM Android phone. This Motorola mobile could launch with the latest Android 12 OS out of the box. The handset will sport a 6.67-inch Full-HD+ OLED display. Additionally, the display will come with a 144Hz refresh rate and DCI-P3 colour gamut. Furthermore, the display could also get HDR10 support.

Under the hood, the upcoming Motorola mobile phone could feature a Qualcomm Snapdragon SM8475 processor. According to reports, this chipset could be Snapdragon 8 Gen 1 “Plus” SoC. Furthermore, the device is likely to pack up to 12GB of LPDDR5 RAM and up to 256GB of onboard storage. Additionally, Motorola could launch this “Frontier 22” flagship handset in three RAM/ Storage configuration. This could include 8GB RAM + 128GB storage, 8GB RAM+256GB storage, 12GB RAM +256GB storage.

As for the optics, Motorola Frontier 22 mobile phone is likely to come with a triple rear camera unit. This includes a 200-megapixel main camera sensor with optical image stabilisation (OIS). Furthermore, the secondary camera is a 50-megapixel wide-angle lens. While, the third camera is a 12-megapixel telephoto shooter. For selfies and video calls, Motorola is also likely to offer a 60-megapixel camera on the upcoming smartphone.

For connectivity options, this upcoming flagship Motorola mobile phone is likely to come with all necessary connectivity ports. This may include 5G, 4G LTE, Wi-Fi 6E, USB Type-C port, NFC, GPS and Bluetooth v5.2. Furthermore, for audio, the handset is likely to include stereo speakers and three microphone arrays. For device security, Motorola Frontier 22 is also likely to come with under-display fingerprint scanner.

Motorola could pack a 4500mAh battery on this upcoming flagship mobile phone. Additionally, a 125W wired charging and 50W wireless charging could support this latest handset. Keep in mind, these are just leaks. Furthermore, the Lenovo owned smartphone brand is yet to provide any official confirmation about this upcoming Motorola Frontier 22 flagship smartphone. 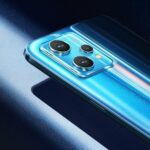 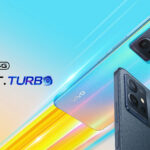