Motorola has launched another phone under its Edge series. The device comes with the name of Motorola Edge S Pro. The Edge S Pro mobile phone was launched alongside the Edge Lite. The latest smartphone is an upgrade over the Motorola Edge S. Based on specs sheet, this device appears to be the renamed version of the Motorola Edge 20 Pro. This means that we will get similar specs with a different name. The device gets a 144Hz OLED display, triple rear camera along with periscopic lens. It also gets 30W fast charging.

The all-new Motorola Edge S Pro comes with dual-Nano SIM support. The device runs on MYUI 2.0 on top of Android 11 operating system. The Motorola Edge series smartphone also gets support for Moto Action and Gestures. The mobile phone gets a 6.7-inch Full HD+ flexible OLED display. The display comes with a screen resolution of 1080 x 2400 pixels. It gets a screen refresh rate of 144Hz and touch sampling rate of 576Hz. Additionally, the display also gets an aspect ratio of 20:9 and support for HDR10+.

Regarding hardware, under the hood, the Motorola Edge phone gets an octa-core Qualcomm Snapdragon 870 SoC along with Adreno 650 GPU. The Snapdragon chipset comes in pair with up to 12GB of LPDDR5 RAM. 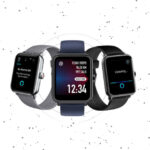 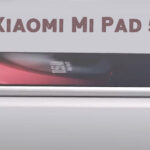