As per latest reports, this smartphone will be the first smartphone from Motorola G Series to feature Snapdragon 800 series chipset. The report also confirms that the smartphone is likely to launch on March 25th. This report came courtesy TechnikNews. Additionally, The leaker reveals all the official renders of upcoming Moto G100 along with some of its specifications. According to leaked renders, the upcoming smartphone is no different from the Chinese variant of Motorola Edge S. The complete design language starting from power key, camera setup everything is same as that of Motorola Edge S.

TechnikNews’ Nils Ahernsmeier via twitter reveals that Motorola will be holding a launch event for Moto G100 on March 25th. According to tweet, Motorola has started sending out invitations with “Save The Date” banner along with date of March 25th.

The upcoming Motorola Moto G100 is likely to feature a 6.7-inch Full HD+ display. This display comes with a refresh rate of 90Hz. The smartphone is likely to be power by Qualcomm’s Snapdragon 870 SoC. Also, Motorola is likely to offer multiple variants for this upcoming smartphone including 6GB, 8GB and 12GB RAM option along with 128GB and 256GB of internal storage option.

From design aspect, The front display will feature a dual punch-hole cutout for selfie cameras. The reports confirms that the placement of selfie camera will be similar to the Chinese variant of Motorola Edge S. The rear camera module is also similar, as it comes with square-shaped camera hump along with a large lens housing.

For camera specifications, the Motorola Moto G100 is likely to feature a 64-MP triple-rear camera setup along with a dual-camera setup in front for selfies. Additionally, The rear camera setup compromises of a 64-MP main camera, a 16-MP ultra-wide lens, and a 2-MP depth sensor. On front end, the device comes with a dual camera combination of 16-MP and 8-MP for selfies. Additionally, the smartphone is likely to pack in a 5000mAh battery along with 20W charging support. The device will run on near-stock Android 11 OS.

In India, Motorola is currently selling its Moto G 5G as the most premium Moto G series smartphone. This smartphone sells at a starting price of Rs 20999. To recall, This Moto G 5G comes with Qualcomm’s Snapdragon 750G chipset along with 5000mAh battery. Additionally, The device features a 64-MP quad-rear camera setup. Also Read: Motorola is set to launch a Budget 5G Smartphone in India 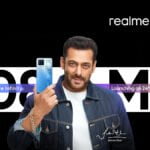 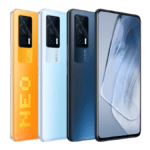