How Does it Works?

This video does not reveal much. According to this video, it showcase a black-colored device (true wireless charger) and two smartphones. Using latest wireless technologies, this black-color device can charge multiple devices or smartphones simultaneously. The video shows two Motorola Edge smartphones. Out of these smartphones one of them is placed at a distance of 100 cm and the other kept at 80 cm distance. The video also demonstrates that the charging ceases when a human hand is found in front of the charging dock.

Other than this video, there is no other information on Motorola’s over-the-air charging technology as of now. However, the video also claims that this charging technology is based on Qi. It could be use to charge up to seven devices. Also Read: Poco M3 newest member in budget series

Earlier this week, Xiaomi also revealed the Mi Air Charger, their over-the-air charging technology. However, Xiaomi didn’t release much details about Mi Air Charger. It is likely to provides 5W of remote charge to a single device.

It also supports multiple charging devices. As per rumors, it is likely to work with other smart devices such as smart watches, wearables, smart speakers and more in near future. According to Xiaomi,  “To improve the charging efficiency we are trying to lower the effect of physical obstacles.”

Both OTA charging technology could charge devices efficiently even while there were physical obstacles. Many tech geeks want to use over-the-air charging technologies will presumably have to wait a little longer. There is no deadline given by either of Motorola and Xiaomi for its commercial launch.

According to Motorola’s video leaks, The company demonstrated this OTA Technology on the recently launched Motorola Edge S smartphone. Motorola introduced its smartphone Edge S with the latest Qualcomm’s Snapdragon 870 processor in China. Regarding pricing, the base variant comes with 6GB RAM/128GB storage. The pricing for Motorola Edge S starts at CNY 1,999 which is approximately Rs 22,500.

However, There is no official launch date as such for launch of Edge S in the global markets including India. A Full HD+ Resolution and 90Hz refresh rate are present on Motorola’s Edge S smartphone. It comes with an IPS LCD 6.7 inch display. Also Read: Xiaomi Redmi Note 10: Pricing and Launch 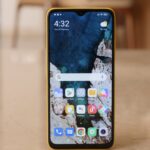 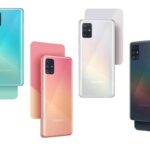