Apple has set a standard bar for design with the launch of iPhone 12 series and related accessories like MagSafe last year. Multiple companies have been following the same design pattern for their devices and accessories. For instance, the Oppo Reno 6 5G looks no different from the iPhone 12. The same pattern is followed by other Chinese market players like Vivo and Honor as well. According to reports, Realme is also copying the smarter MagSafe bit for its speculated future device. The upcoming wireless charger from Realme is likely to be dubbed as the Realme MagDart.

Along with the name, the render images of the device have also been leaked online. As per render leaks, two wireless chargers are coming from the Chinese brand Realme. Out of these devices, one of them resembles with the Apple MagSafe charger. This wireless charger get the name of the Realme MagDart. In the images, it appears slimmer than the Apple’s MagSafe charger. The Realme charger will also be able to do an output of 15W for all the supported mobile phones.

These render leaks come from the house of GizmoChina. The leakers further shares that there is another vanity-box like Realme wireless charger. Just like the Apple MagSafe, this charger appears to support fast wireless charging. Additionally, this charger also gets a USB Type-C port for all the possible connection for faster charging. This USB Type-C port is possibly available for connecting all the faster charging adapters.

The lower end of the Realme Wireless charger model is mask with an air vent. This could possibly speed up the charging up to 65W. This suggests that Realme is also planning to bring supported mobile phones, that can run on these accessories. To recall, Couple of days back, Realme launched two new mobile phones. These devices come with the name of Realme GT Master Edition and the Realme GT Master Explorer Edition mobile phone. However, these devices do not feature any kind of wireless charging.

It seems like Realme is preparing to launch its next premium flagship offering with wireless charging feature. This feature will allow upcoming mobile phone to take advantage of these Realme MagDart wireless charger. Some previous leaks also suggested that Realme could launch a brand-new smartphone that could support wireless charging. To recall, few years ago, Realme use to sell a 10W Qi wireless charger.

Beside Realme MagDart Wireless charger, Realme is selling Realme X7 Max 5G as the most expensive offering in the country. The X7 Max mobile phone gets its power from the MediaTek’s latest Dimensity 1200 chipset. Keep in mind, this device is the most affordable phone with this chipset in India. Also Read: Previously, Realme X7 Max launch was cancelled in India due to on-going second wave of COVID-19

Moreover, the company is also planning to bring another more expensive device in the country. This time Realme is planning to launch the Realme GT in India in the coming months. The upcoming Realme GT will get its power from the top-of-the-line Qualcomm Snapdragon 888 chipset. The device will also get premium build quality. 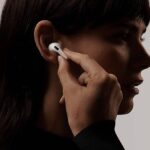 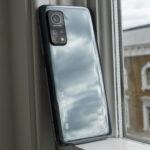