Xiaomi is all set for the launch of Mi Pad 5 series in China. The all-new Mi Pad 5 series will be launching in China on August 10. The information regarding the same has been already confirmed by Xiaomi on the Chinese Microblogging website Weibo. The Chinese brand has shared an image on the microblogging website showing the Mi Pad 5 along with Stylus. According to teaser images, the Xiaomi tablet appears to feature a sleek metal build along with round edges. Xiaomi could call its stylus as “Smart Pen”.

The upcoming Xiaomi tablet has been reportedly spotted on the US Federal Communications Commission (FCC) website. The listing on the website suggests about its Bluetooth connectivity and its version. Additionally, a well-known tipster also shared some live images of the rear camera module of the Xiaomi Mi Pad 5. Moreover, Xiaomi has also posted a launch poster on the Chinese microblogging website Weibo.

The poster faintly showcases the upcoming Mi tablet and its stylus. As per rumours, the all-new Xiaomi Mi Pad 5 could launch with a sleek metal frame and rounded edges. The images suggests that the display could appear elevated above the frame. Similarly for the Stylus, not much can be judge from the teaser image. The teaser image only suggests that the Stylus will a fairly regular looking stylus. However, it remains to be seen if the Stylus will come along the tablet or Xiaomi will sell it separately. Although, it is confirm that the Xiaomi Mi Pad 5 will get the Stylus support.

According to FCC website, there is a Xiaomi device that has been spotted on the listings. The device appears with a ” Xiaomi Smart Pen”. As per listing, the upcoming Xiaomi Mi Pad device comes with a model number M2107K81PC. The listing also shares that the device will get support for Bluetooth v5 LE i.e. Bluetooth Low Energy. Additionally, the listed image also showcases a button for this stylus.

Recently, popular Indian tipster Mukul Sharma also shared some images on the social networking website, Twitter. These images showcase the rear camera module of the upcoming Mi Pad tablet. The leaked images showcase a similar camera module as the Mi 11 mobile phone. According to Twitter images, the Xiaomi MiPad could feature a dual rear camera setup along with flash light. The camera module gets a text of “AI Camera” written on it. Additionally, a bigger button can be seen on the frame. This button is likely to be the volume rockers. Additionally, the tablet appears to get a silver-bluish hue.

Regarding other details, Xiaomi is all set to launch three models under the Mi Pad 5 series. The models include the vanilla Mi Pad 5, the Mi Pad 5 Pro, the Mi Pad 5 Lite. Moreover, the Mi Pad 5 Lite is likely to launch with Qualcomm Snapdragon 860 chipset, a 10.95-inch 2K display. This display will get a screen refresh rate of 120Hz and 240Hz of touch sampling rate. Additionally, the lite variant will feature 12-megapixel main camera.

The other two models are likely to come with Qualcomm Snapdragon 860 SoCs. These models will also get a 2K display along with higher refresh rate. Rumours suggests that the Mi Pad 5 Pro could launch with 5G support. A report from China’s 3C website also confirms that one of the tablets will get a dual 4260mAh battery. This means that the total battery capacity could be 8520mAh. 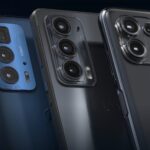 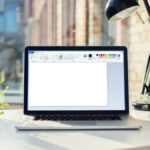