Motorola is launching too many smartphones this year. The smartphone maker is giving tough competition to Realme in terms of “Smartphone launches this year”. Recently, the company launched a couple of new Moto G series models under budget category. Now, According to recent leaks, Motorola is reportedly working on another entry-level smartphone. This time the company is likely to launch its all new Moto G Stylus 5G phone. The smartphone is likely to launch first in the US markets. The Moto 5G phone is expected to target the budget segment audience.

According to previous reports, the upcoming Moto G Stylus 5G will have a more or less similar spec sheet as compared to Moto G10 Power. The 5G phone is expected to feature a stylus pen for scribbling and note-taking. This stylus will work similar to what we have seen in Samsung Galaxy Note devices. Just like previous stylus models, the Moto G Stylus 5G stylus could act like a pen and a wand-like remote controller.

Based on reports, the upcoming 5G phone will launch at an affordable price point. The Chinese smartphone brand will be using the Qualcomm Snapdragon 480 SoC on this model. This leak is generated via 91Mobiles. The Qualcomm Snapdragon 480 chip is currently the most affordable chip with 5G connectivity. However, it is weird to see that Motorola avoided more powerful and cheaper MediaTek chipset. To recall, brands like Realme and Oppo are using MediaTek chipset in their entry level budget 5G phones. Also Read: Motorola Moto G20 leaks as the next affordable smartphone

For camera specifications, Motorola is using the 48-MP main camera sensor at the rear end. According to report from Technik News, the 48-MP main sensor will be accompanied by an 8-MP ultra-wide camera, a 5-MP macro lens and a 2-MP depth sensor. Just like its 4G variant, this Moto G Stylus 5G will feature a 6.8-inch IPS LCD display. This display will also feature a punch-hole cutout. This cut out houses a 16-MP front selfie camera. The smartphone is reportedly likely to pack in a 5000mAh battery along with standard 10W charging support system.

As per previous launches, Moto G Stylus 5G phone will initially launching in the US markets. Previous Moto G Stylus models never reached to Indian shores. However, we are likely to see this changing this year. In last few months, Motorola has launched a set of smartphones under Moto G Series in India. These smartphones includes The Moto G10 Power, Moto G30, Moto G40 Fusion, Moto G60 and Moto G 5G. Additionally, the Moto G100 is the upcoming smartphone under Moto G Series. This device is likely to arrive later this year. 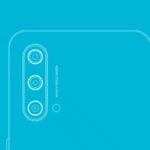 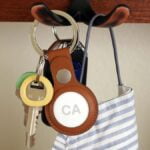