After multiple leaks and rumors, Apple recently launched AirTags. The Apple AirTag will help people to track their lost products. However, currently, it is not compatible with Android devices. The only way to use them is via NFC-enabled devices. According to reports, the Cupertino Tech Giant is currently working an Android app for the AirTag. To recall, the company released the Apple AirTags in last month. Additionally, within a month, Apple has also released a security firmware update for the same.

This update will enhance the security of the device, to protect it from any unwanted tracking. The company released this security update for Apple AirTags after receiving complaints and issues in regards to this Apple tracking device. Additionally, concern where raised in favour of how it can be easily hacked by cybercriminals.

Currently, the Android users can find the lost AirTag only if they have a NFC-enabled device. Additionally, this is only possible if the AirTag is in the Lost mode. Therefore, it means that Android users can work as helper for the iPhone users to find their tracking device. With the launch of an Android app, The Android users will be able to do way more tasks with Apple AirTags.

According to reports, the Android app is likely to launch later this year. However, we don’t have any concrete details on how it will work. There are many more questions that are still remain unanswered. Recently, Apple AirTags recieved its first Software update. The update allows to strengthen its privacy. Apple is making changes to the AirTag sensors. The sensor will change the alert time when the AirTag is lost and people are looking for it. With the new firmware, it will now notify people with noises in 8 to 24 hours after being lost. Earlier, this notification was set for three days. This will protect it from refrain unwanted people from tracking the device.

The new update will ensure that people can track their lost device without compromising on the security. According to recent reports, it has been found that AirTag are not the safest despite the number of security features. Also Read: Apple Spring Loaded Event: Multiple launches and Highlights 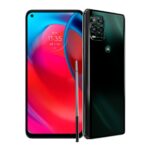 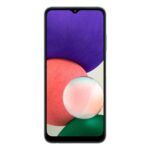