In March 2021, OnePlus made a shocking announcement of switching to Oppo’s ColorOS skin for its upcoming device. However, this change was only restricted to the Chinese devices only. Earlier, the Chinese devices comes with HydrogenOS skin, which was replaced by ColorOS back in March. According to latest reports, now Realme is planning to follow the same path as OnePlus, as OnePlus did for its upcoming smartphones. The Chinese brand recently asked the same from its Indian fans on its official forum website. Also Read: Google’s AI Tools will help in detecting common skin issues

ColorOS on OnePlus and Realme Devices:

In a recent post, Realme asked its community members about the preferred OS. Related to this subject, the company has asked six questions in the Realme forum. Out of these six questions, The four question are directly related to ColorOS. This suggest that Realme is exploring for the option about ColorOS on Realme devices. This means that Realme wants to bring ColorOS on upcoming Indian devices, similar to what OnePlus did in China. However, there is nothing official as of yet. The company is yet to make any final decision on this subject.

According to recent reports, Just like OnePlus did Realme is also considering to switching from Realme UI to Oppo’s ColorOS skin. This is because the brand itself started off under the hands of Oppo. To recall, first few Realme phones where launched with Oppo’s ColorOS skin. However, there is no virtual difference between both the skin other then the naming. Earlier, Realme made a switch towards Realme UI with Android 10 generation. Thus, allowing more customization in the skin and more in accordance with the Google’s Stock Android interface. Beside this, there were few other cosmetic changes and some basic layout changes.

The main question comes as Is this move to ColorOS good or bad for users? Only the Realme users can answer this question and can decide the fate of Realme with ColorOS skin. Earlier, OnePlus also made the move to ColorOS skin for its OnePlus 9 series. The company claims that this move will allow faster update rollout and less development costs. This means that moving to ColorOS could cut down the cost and development time for the new Android updates. Just like OnePlus, Realme also lags in terms of timing for its latest Android updates. As mentioned above, there is no major difference in terms of feature in both Realme UI and ColorOS 11.

Other brands with Custom UI and skins:

Beside Realme and OnePlus, Other brands also do similar kind of moves for its sub-brands. Xiaomi does the same for its sub-brands and sister brands. Mi and Redmi phones uses same MIUI skin which is based on Android Operating system. Whereas, Poco takes liberty and uses its own Poco launcher which is based on MIUI for its smartphones. Also Read: Is your Oppo phone eligible for ColorOS 11 update in India? 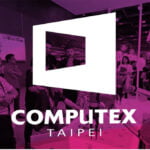 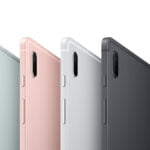