Computex is one of the grandest stage for tech conventions that takes place annually. This year also, the Computex 2021 will be no different. Beside the fact that it will be held all virtual just like the other expos. To recall, the Consumer Electronics Show (CES) also took place virtually because of the ongoing COVID-19 pandemic. Due to virtual event, the complete event is going to span the entire month. Earlier, the event takes place in the first week of June. Last year, the Computex 2020 was first delayed from June to September due to the COVID-19 pandemic. But, since the situation did not improved, the event was cancelled later on. However, this year, the organizers confirmed that this year this will not the case. The event will take place all virtual.

Earlier this year, Computex organizers were hopeful that this year’s event will be hosted in person. But due to ongoing second wave of COVID-19, they had no other option but to opt to host the event in an all-virtual environment. However, this will stretch the complete event across the entire month. The online event will begin on May 31 and goes on till June 30. At this event, we can expect to see many tech companies including Intel, AMD, Nvidia and many more. These companies will be multiple new announcements regarding their new products. We might expect to see some launches as well. The complete event will be live stream through the event’s official website.

Intel has recently launched its all new 11th Gen Intel Core H Series CPUs. To recall, these CPUs were teased back at CES 2021. According to reports, there are multiple new products that are still in Intel’s pipeline. These products are likely the be showcase at Computex 2021. As per rumors, the Intel could showcase its all new HEDT/Core X-Series or its own series of discrete graphics. A highly unlikely development would be the launch or preview of 12th Gen Intel Alder Lake CPUs.

AMD with its Ryzen CPUs is rising in the CPUs market day by day. However, 2021 does not seems to make AMD king of the CPUs market. Still the company is expected to release the latest processors which will be based on the advanced Zen-4 architecture. Additionally, the company is also likely to launch the new APUs along with affordable RX 6000 Series graphic cards with RDNA 2 or even new Ryzen high-end Threadripper chips.

This year, Nvidia fans are hopeful to see the Ti version of the current gen GeForce RTX 30-series “Ampere” cards. Currently, users have already tasted the GeForce RTX 360 Ti, which was launch at the end of year 2020. At this virtual event, we can expect the company to launch its GeForce RTX 3080 Ti card. Additionally, the company has also started teasing about the same via its own Twitter handle. Some reports suggest that we might also get a preview of the RTX 3070 Ti. Additionally, any other version of existing RTX cards with different memory speeds and amounts. Nvidia is also likely to speak on AI, automotive and machine learning at this online event.

ARM CEO Simon Segars and other ARM employees will land the grand stage on June 2. The company will be talking about “Accelerating Ubiquitous Intelligence”. Beside this the company is highly unlikely to announce any other plans for the convention. However, we do expect to see some major Qualcomm announcements regarding new ARM-based chipsets.

Beside these major announcements, we are likely to see the many other laptop manufacturers with their new versions of laptops. We can expect discussions on PCI Express 4.0 SSDs and Thunderbolt 4 technology. Also Read: Intel 11th Gen Tiger Lake H-series processors launched, to focus towards gamers and professionals 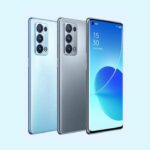 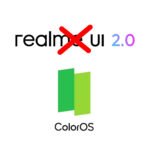