The iPhone 13 series will launch as an all-around upgraded version. Apple is planning to bring some meaningful changes in this lineup. According to reports regarding upgrades, the iPhone 13 Pro models are likely to launch with high refresh rate OLED display. Hence, the Cupertino Tech Major is using the Samsung made OLED panels for the same. Keep in mind, LTPO panels comes with high power efficiency. It will also help with the variable refresh rates.

On the other hand, the Vanilla variant of iPhone 13 series including standard iPhone 13 and iPhone 13 Mini are likely to launch with same old 60Hz OLED displays. Unlike Samsung, this year these OLED displays will be provided by LG and BOE. To recall, last year, Samsung supplied OLED panel for the same. Additionally, this year, LG could also manufacture 30 million units of OLED displays. Whereas, BOE is likely to manufacture 9 million display units for the iPhone 13 models. Also Read: iPhone 13 Pro and 13 Pro Max to come with Samsung-made display

For this year, Samsung holds the biggest contract for the displays. As the South Korean Tech giant is manufacturing more than 80 million units of its LTPO OLED panel for the upcoming iPhone 13 series. According to reports, this number can go up to 130 million. This year’s iPhone 13 models are likely to make lot of other changes also. Beside display, rumors suggest that the display notch is also likely to shrink this year. Apple will figure out a way to rearrange the earpiece grille. On the other hand, Android-based competitors have already ditched the notch long ago. These Android devices has opted for smaller punch-hole cutouts. 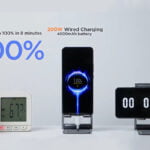 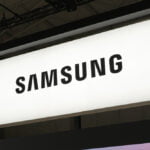