On the Day 1 of Apple Worldwide Developers Conference (WWDC 2021) event, Apple unveiled its iPadOS 15 operating system. Some of the key highlighting features of this new operating system includes multi-tasking, shared notes and much more. The tech giant confirmed that the new update will be made available to all the users later this year.

This year, the latest update of iPadOS 15 brings much more customizable home screen for the iPad. The new update will allow flexible placements of the widgets. It means that users can now place their favorite widgets anywhere on the home screen. To recall, earlier, the widgets could only be placed on the Today View sidebar only.

Apple brings its App Library from iOS to iPadOS with this latest update of iPadOS 15. With the help of App Library feature, users can now maintain a less-cluttered home screen. All the rarely used apps can be placed into the App Library. Keep in mind, this App Library is similar to Android App Drawer. In this new update, the App Library on iPadOS 15 will be located inside the dock.

The new update will also help in improving the multitasking feature. To improve the multitasking functionality, the update brings all new icons to go into the split-view mode. The update also adds a shelf feature. Additionally, this feature will make it much easier to multi task within the iPadOS.

The all new Translate app is also coming to the iOS 15. The app will allow users to translate any kind of text anywhere. This is a standalone app which will also bring in features like auto translate and live translation.

Beside all these features, the iPadOS will also bring in the new notification control. It will provide users with the ability to customize the notification settings depending upon the current situation or activity like working, sleeping, driving etc.

Additionally, iPadOS 15 update brings few more features like privacy, SharePlay, FaceTime and many more. All these features have been announced with the iOS 15. Also Read: Apple iPad models to launch with OLED display in 2022 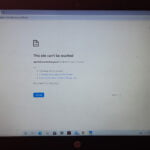