Apple has recently confirmed that it will be hosting the World Wide Developers Conference (WWDC) 2022 this year. The Cupertino-based tech giant is prepared to host the WWDC event like every year. This year, the Apple World Wide Conference 2022 event will start on June 6 and end on June 10, confirmed by the tech giant. The Five-day long event will begin with a special keynote for the Apple developer and designers. For the third year in a row, the Annual Apple event for developers will be virtual. This five-day-long event will be live-streamed via the official channels. The exact details about this Apple event will come up soon. While writing, there is no information about what Apple will be unveiling at this event.

Apple World Wide Developers Conference (WWDC) 2022 will mainly focus on iOS developers. As mentioned above, the annual event will be virtual due to the ongoing coronavirus pandemic. The tech giant has decided to follow the same online format just the last year. According to rumors, the Cupertino-based tech giant is likely to announce the following versions of its software. We could expect to see the upcoming versions of iOS 16, iPadOS 16, macOS 13, watchOS 9, tvOS 16, and more. Moreover, Apple is likely to unveil a new update for HomePods and AirPods.

Last week, the Cupertino-based tech giant shared the upcoming WWDC 2022 event invite. According to this official invite, the Apple annual event will be held all virtual from June 6 to June 10. In its blog post, Apple published, “Building on the success of the past two years of virtual events, WWDC22 will showcase the latest innovations in iOS, iPadOS, macOS, watchOS, and tvOS, while giving developers access to Apple engineers and technologies to learn how to create groundbreaking apps and interactive experiences”.

On the first day of the Apple World Wide Conference 2022, the Cupertino-based tech giant will begin the annual event for developers, and students will receive a memorable keynote. Here, developers and students can watch the keynote and the State of the Union videos with other online communities.

Besides this, Apple will also start accepting submissions for the Swift Student Challenge 2022 from April 25. In this program, the young developers will participate to showcase their coding skills in Swift programming language. The Apple developers will have to create a Swift Playgrounds app project on a topic of their choice. Meanwhile, the complete details about the sessions at WWDC 2022 are available on the dedicated page on Apple’s official website.

According to Susan Prescott, Apple Vice-President of World Wide Developer Relations and Enterprise and Education Marketing, “At its heart, WWDC has always been a forum to create connection and build community. In that spirit, Apple WWDC22 will also invites developer communities from around the world to come together to explore how to bring their best ideas to life and push the envelope of what’s possible.”. She further added, “We love connecting with our Apple developer and designers, and we hope all of our participants come away feeling energized by their experience.”

The annual Apple World Wide Developers Conference 2022 will also bring insight into the future of iOS, Apple iPadOS, macOS, watchOS, and tvOS. Last year, Apple announced the iOS 15 and macOS 12 at the WWDC 2021 event. FYI, the Apple WWDC 2021 date was June 7, 2021. Now, the Cupertino-based tech giant could launch the upcoming version of iOS 16. According to a report from Mark Gurman, the iOS 16 gets the codename “Sydney”. Whereas the macOS 13 gets the codename “Rome.”

The upcoming iOS 16 is likely to bring redesigned Apple app icons. Moreover, it will also bring improvements to the camera app. The new iOS version will also get interactive widgets and upgraded theme options. Furthermore, the report claims that the iPhones launched after the iPhone 6s are likely to access the latest iOS update.

On the other hand, the WWDC iPadOS 16 is also likely to add floating app windows alongside the new Apple widgets. Moreover, with the latest update, the Apple iPad is also expected to get the latest video editing software. These programs include Final Cut Pro, Logic Pro, and XCode. The iPadOS 16 will also get improvements over the iPadOS 15 features.

Besides iOS 16 and iPadOS 16, the tech giant is also likely to announce the tvOS 16 and watchOS 9. The tech giant could also reveal new hardware at the annual Apple World Wide Developers Conference 2022 event. It is likely to happen because Apple is reportedly working on the updated Apple silicon Mac Pro.

A newer Mac Pro could also launch with 40 CPU cores and 128 graphic cores at annual Apple World Wide Developers Conference. Besides this, a new iMac Pro with a bigger screen and a new Mac Mini model is also in development. Meanwhile, Apple is also working on the iPhone 14 series. Also, Read – Acer Swift X Laptops with AMD Ryzen 5000 series processors launched in India 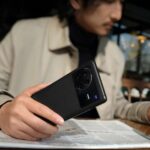 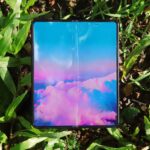