Reliance Jio confirms that the commercial rollout of JioPhone Next will commence before Diwali 2021. The official confirmation came out late Thursday Night. To recall, the telecom company has announced in June about the launch of new JioPhone Next on September 10. This year on September 10 is the holy festival of Ganesh Chaturthi. Jio was planning to launch the new Jio mobile Phone on the occasion of Ganesh Chaturthi. Earlier, this information was already announced via a press release. Reports also suggested that a new Jio phone is currently in the advanced trail stage. Now, the latest official report from Reliance Jio suggests that the official release of Next mobile phone will take place ahead of Diwali 2021. Keep in mind, Diwali is taking place on November 4 this year.

According to reports, the delay in Jio Phone Next launch is in relation to the shortage of semiconductor in global markets. In its official press release Jio stated that “this additional time will also help mitigate the current industry-wide, global semiconductor shortages”. Earlier this year, Reliance Jio announced about the launch of new Jio Phone Next on September 10. The launch date for the new Jio 4G mobile phone was announced at the grand stage of Reliance Annual Genral Meeting 2021 (AGM). Also Read: Jio Phone Next pre-booking to go live this week, sales to begin in coming days

In this announcement, Reliance officially confirms that a new Jio 4G handset is under development in collaboration with Google. With the launch, the new Jio Phone would bring the latest features such as Android and the Google Play Store. With these features, the upcoming Jio phone will be price equivalent to a feature phone. However, the telecom company did not announce the official price for the Jio Phone Next. Although the leks does suggests that the device may cost around Rs 3500 or under USD 50. Therefore, we can expect the upcoming 4G Jio Phone Next is likely to be the cheapest smartphone.

Based on the leaks and rumours, the Jio Phone Next is meant for the common man. It is meant those who are still using the 2G feature phones. With the launch of Jio Phone Next it will help them to upgrade to 4G based smartphone. Reliance Jio at its announcement on Thursday Night noted that the upcoming smartphone and its operating system will offer premium features. The device will offer features that are in association with more powerful smartphones until now. Jio confirms that the device will include voice-first feature. This feature will enable people to continue to consume content and navigate through there smartphones in their own preferred language. The device will deliver a great camera experience. It will get all the latest Android features and security updates in near future.

According to reports, the device is currently under the testing phase. It is available for select set of users. The new Jio Phone Next will launch out to general public before the Diwali festival this year. Jio also mentioned that the additional time will allow the manufacturing unit to cope with the global semiconductor shortage. To recall, this global issue has hit multiple industries from automobiles to smartphones to video game console brands. Therefore, we can assume this to be the main cause for the delay. The upcoming Jio Phone will roll out as the new affordable smartphone in the country.

Reliance Jio has not officially released the detailed specifications for the upcoming Jio smartphone. Although some rumours and leaks about the new Jio Phone does reveal few details before the official launch. One of the obvious addition will the availability of 4G connectivity. The device will also feature Read Aloud and Translate Now features. These feature will make it more accessible for the users. The smartphone will come with preloaded Google Play Store and India specific Snapchat lenses.

A render image of the upcoming Jio smartphone is already circulating all around the internet. This image suggests that the device will feature thick bezel. It will come with a single camera both at rear and front of the smartphone. According to previous leaks, the new Jio Phone Next could launch with Google Android 11 Go Edition. The device might support 5.5-inch display. Qualcomm QM215 chipset will power this Jio Phone Next. The smartphone will pack in a 2500mAh battery along with dual-SIM support. Additionally, the device gets the pair of up to 3GB of RAM along with up to 32GB of storage option. However, these specifications are not official. Therefore, we suggest you to take this information with a pinch of salt. 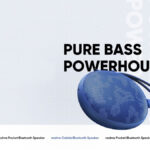 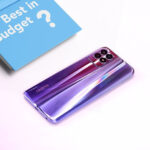