According to popular tipster Ice Universe, Xiaomi is reportedly working on the next gen Mi Mix series phone. The device is likely to name as Mi Mix 4. He also shares some images of the upcoming Mi Mix series phone. These leaked images reveal that the upcoming Xiaomi phone will include an under-the-display camera. This camera will be placed in such a way that it will not be visible to the naked eye. It will remain invisible whenever not in use. Looking it at the smartphone design, it comes with a full-screen display, without traces of any other elements.

In terms of the appearance of UPC, the upcoming MIX4 will be better, and traces of UPC will not be visible to the naked eye. pic.twitter.com/2d3nihemGR

As per previous speculations, the upcoming high-end Xiaomi Mi Mix 4 mobile phone is likely to feature a Full HD+ display. The upcoming Xiaomi phone is likely to skip the Quad HD+ display. Additionally, it is also likely to use a dual-curved display for some cost-cutting measures. The upcoming phone might also ditch on high refresh rate display. The display panel is also likely to be developed by Huaxing Optoelectronics. Also Read: Upcoming Xiaomi Mi Mix series device could be the next high-end phone with multiple exciting features

Beside Ice Universe, another Twitter user with the Twitter handle @HoiIndi, has also shared some leaked images of the Mi Mix 4. These images also hint at a secondary display at the rear end. This display will be place inside the huge rear camera hump. The setup will be much similar to one we have already seen on the Mi 11 Ultra mobile phone. Beside this, the only difference comes in form of the bigger screen.

Rest of the details about the upcoming Mi Mix 4 remains behind the curtains. As per previous hints and rumours, the upcoming Mi mobile phone is likely be powered by high-end Qualcomm Snapdragon 888 chipset. The device will feature a 100-MP camera setup. It might also get support for 120W fast charging. Additionally, the upcoming Xiaomi phone is also likely to be price higher than the company’s current flagship. The all-new Xiaomi Mi Mix series device could launch with the latest skin of MIUI 13. Meanwhile, the company is yet to release the MIUI 13 for other devices also. According to leaks, the MIUI 13 could launch in the month of August with multiple new features. 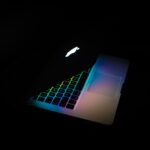 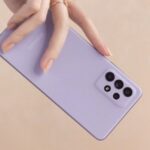