The render leaks does not officially specify about the upcoming Apple Watch Series 7. But there are high chances that this could be the Apple Watch design for this year. This is possible courtesy the claims from Ming-Chi Kuo. According to reports from Ming-Chi Kuo, the Apple Watch Series 7 could launch with a major redesign. Beside this, Prosser also claims that the new Apple Watch series could launch in new pastel green and light blue colors. These color options will launch in addition to classic black and silver options.

The YouTube video from Prosser does not reveal much about the Watch Series 7’s features and specs. However, according to previous leaks, the upcoming Apple Watch could launch with advance health tracking features. These features in upcoming Apple Watch may include ability to measure the blood glucose level, blood pressure. The smart watch could even keep a check on alcohol levels in the body. Right now, there is no official word from the company about these upcoming features. But if these features make it to 2021 Apple Watch, then this will make it a breakthrough watch of the year.

Other features on the Apple Watch Series 7 could include more sports mode, improved ECG and SpO2 monitor, improved battery life, and much more. Currently, the Cupertino based company did not gave any official information about the upcoming smart watch. We suggest you to wait for more leaks and rumors to get a better idea about the upcoming smart watch. Stay connected to know more details. Also Read: Redmi Watch with built-in GPS launched for Rs 3,999 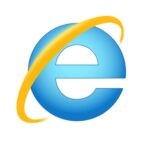 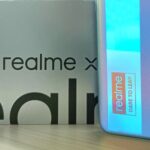