Apple Watch Series 7 has been officially launched at the biggest launch event of the year. The latest Apple smart watch comes as the eighth iteration in the series of smartwatches. To recall, the Cupertino based tech giant has launched its first ever Apple Watch in 2015. The all-new Watch 7 comes with significant upgrade over the last year’s 6th Gen Apple Watch. The all-new Series 7 Watch brings some major design changes. The tech giant is offering bigger display, stylish curvy design on the 7th iteration of the smart watch.

The Apple Watch Series 7 comes with 1.7 mm thin borders. This will allow to maximize the display area. Although, the Cupertino based tech giant has barely changed the dimension of the new Watch Series 7. Along with new design, the new Apple Watch will be delivering the largest-ever display. The latest smartwatch comes with 45 mm size variant. Additionally, the 7th Generation of Apple Watch will also come with a smaller 41 mm option. According to official report, the new design of the new Apple Smartwatch Series 7 will offer 20 percent more screen area. Moreover, the screen area will be 50 percent more compared to the entry-level 3rd Gen Apple Watch.

The all-new Apple Watch Series 7 GPS price starts at USD 399 which is approximately Rs 29400 in the US. Whereas, the 7th Gen Apple smartwatch with GPS + Cellular option is price at USD 499 which is approximately Rs 36800. The Cupertino Tech Giant, Apple is offering the smart watch in five new aluminum case colours. These colours include Midnight, Starlight, Green, New Blue and Product Red options.

The all-new Apple Watch Series 7 comes with an upgraded 41mm and 45mm case options. To recall, the 6th iteration of Apple Watch was launched with 40mm and 44mm display sizes. Additionally, Apple is also keeping the Always-on Retina display. This feature was already available in the 6th Gen models. Additionally, there will be more improvements in terms of display. According to tech giant Apple, the Apple smartwatch Series 7 will be delivering up to 70 percent brighter results indoors. As mentioned above, Apple is offering the 7th Generation smartwatch with 20 percent more screen area. The smartwatch will get 1.7mm thinner borders.

The smartwatch will also be capable of tracking the heart rate. This tracking will be done by using an electrical heart rate sensor. To recall, this Electric Heart Rate sensor was first launched along with the 4th Gen Apple Watch. This feature was also available on the last-generation model of Apple Watch Series 6. The Apple Smartwatch Series 7 can also detect atrail fibrillation (AFib). Additionally, it can also provide an electro cardiogram (ECG) report. Also Read: Samsung Galaxy Watch 4, Galaxy Watch 4 Classic, Galaxy Buds 2 launched in India

Apple Series Watch 7 will come with WatchOS 8 out of the box. To recall, the WatchOS 8 was unveiled at WWDC 2021. The latest operating system comes with an upgraded Breathe app. This app comes with the name of Mindfulness. It will help to enhance the wellness of users both physically and mentally. The Apple Watch 7th Gen also get improvements in sleep monitoring capabilities. The smartwatch will include new features like sleeping respiration rate and sleep patterns.

The latest Apple Watch Series 7 comes with two unique watch faces. These includes Contour and Modular Duo. These watch faces animate dynamically while raising the wrist. Along with bigger display, the 7th Gen Apple Watch comes with additional bigger font size. The smartwatch also includes a new QWERTY keyboard. This keyboard can be tapped or swiped with QuickPath. This will allow users to slide finger to type. Also Read: Apple Watch 2022 to launch with body temperature monitor

Cupertino based tech giant claims that Apple Watch Series 7 can last for up to 18 hours on single full charge. Additionally, Apple also adds that the new smartwatch can provide 33 percent faster charging. The Apple Watch 7th Generation comes with an IP6X certification. This certification offers dust resistance. For water resistance, the latest Apple smartwatch comes with WR50 rating. The all-new Apple Watch comes bundled with a Magnetic Fast Charger USB-C Cable. It will also support all Apple Watch wristbands, this includes all the wristbands designed for earlier models also. 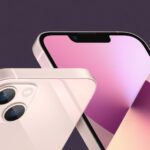