Samsung Galaxy M22 goes official under Galaxy M Series in Germany. The latest offering from Samsung is now listed on the Samsung Germany official website. The listing on the website reveals the specifications and design of the latest Galaxy smartphone. According to official listing, the Samsung Galaxy M22 comes with a waterdrop-style notch. The all-new M22 comes with a square shaped rear camera module. The square-shaped camera module on the back houses four camera sensors. Some of the key specifications of Samsung Galaxy M22 includes 48-megapixel main rear camera, a 5000mAh battery. This battery comes along with 25W fast charging support.

The all-new Samsung Galaxy M22 price details has not been revealed as of yet. Additionally, the Samsung’s official website did not reveal the official price details. The South Korean tech giant is offering the Galaxy M22 in three colour options. This includes Black, Light Blue and White colours. Although the “Buy Now” button is live, but if you click on the link. It will redirects the users to offline store options. This hints that the Galaxy phone is not yet official on the online stores. At this very moment, there is no official details available about its international availability.

The Galaxy phone is powered by an unmentioned octa-core processor. However, some leaks suggests that this chipset could be an octa-core MediaTek Helio G80 SoC. It could come along with a ARM Mali-G52 MP2 GPU. This chipset comes in pair with 4GB of RAM. Additionally, the internal storage is listed as 128GB on the official website. The device also gets an option to expand the storage via a dedicated microSD card slot. The internal storage can expand by up to 1TB via a microSD card.

As for the optics, the Samsung Galaxy M22 will feature a quad rear camera setup. The four camera sensors will house inside the square-shaped camera module. Additionally, this camera module will settle on the top left corner on the back panel. Samsung Galaxy M Series device will come with a 48-megapixel main camera along with f/2.0 aperture. The secondary camera with an 8-megapixel lens comes with f/2.2 aperture. A 2-megapixel tertiary sensor with f/2.4 aperture comes along with another 2-megapixel macro sensor with f/2.4 aperture. The other Samsung camera features include autofocus and 10x digital zoom. For selfies, the Samsung phone will also feature a 13-megapixel selfie camera along with f/2.2 aperture. 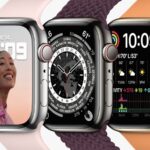 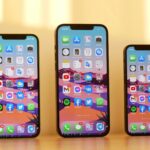