The leaks about the Samsung Galaxy M33 first came in existence during the month of October. In the first leak, the internal model designation of the upcoming Galaxy smartphone surfaced online. Samsung Galaxy M33 5G will be more budget friendly offering from the company. The Galaxy phone will come with Android 12 OS based on the OneUI 4.0 skin out of the box.

According to reports from popular tipster SamMobile, the South Korean tech giant is planning to launch the upcoming Samsung Galaxy M33 5G smartphone. This 5G Samsung smartphone could pack in a massive 6000 mAh capacity battery. This Samsung battery is likely to come with a model number of EB-BM336ABN. It may get a rating capacity of 5830mAh. The details about the fast-charging support for the upcoming Galaxy smartphone is unknown at the moment.

Moreover, tipster SamMobile also confirms that Samsung might launch the upcoming 5G mobile phone next month in January 2022. The all-new Samsung Galaxy M33 is also likely to run on Android 12 OS which will be based on OneUI 4.0 skin. Another report claims that Samsung plans to adopt the new Android OS for most of its upcoming smartphones that will be launching in next year. In this direction, Samsung Galaxy M33 will be the first budget smartphones to get the Samsung’s Android 12-based skin.

Talking about the design of upcoming Samsung Galaxy smartphone, the design and colour of Samsung Galaxy M33 5G could be similar to the Galaxy A33, Galaxy A53, and Galaxy A73. The upcoming Samsung phone could launch with a notch instead of a punch-hole display. The selfie camera will house inside the notch. The smartphone could also get an IP67 dust and water resistance rating. 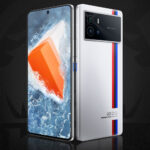 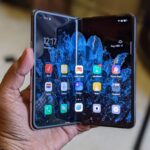