Motorola was the first brand to bring the best foldable smartphone within in the mass market back in year 2019. The Lenovo-owned smartphone company, Motorola brought these foldable smartphones under the Razr series. However, because to its astronomically high price, Samsung quickly swept the market with its less expensive Galaxy Z Flip. Later, the smartphone brand launched its 5G model in the year 2020. Now, the company is planning to bring its third iteration which could launch later this year in 2022.

In his Weibo post, Chen Jin wrote, “I think innovation is always the driving force of the industry. I hope we are not slobbering, but do more, including silently preparing for the new third-generation Motorola Razr folding mobile phone”. In this post, Lenovo GM, Chen Jin expects that the Motorola Moto Razer 3 mobile will bring an improved UI. The Motorola Razr flip phone will get an overall better and improved design. Beside this, he also mentions that the foldable smartphone will feature a more atmospheric appearance.

In a separate tweet, popular analyst Ross Young confirms that the third-generation Motorola Razer 3 will sport a bigger display.

As per recent reports, the latest Motorola Moto Razer 3 will succeed the Moto Razr 2021. The upcoming Motorola foldable phone is likely to get its power from the eighth-generation Qualcomm Snapdragon processor. The device could feature an under-display selfie camera at the front. Previously launched Motorola Razer 5G is powered by the Qualcomm Snapdragon 765G SoC. This foldable phone supports a 6.2-inch foldable display. The complete unit is backed by a 2800mAh battery along with Motorola’s propriety fast charging support.

Moreover, this time Lenovo-owned smartphone brand is likely to price the next-gen Razer foldable smartphone aggressively. To recall, Motorola Razr 5G comes with a price tag of Rs 124999. This price is for the sole 8GB RAM and 256GB internal storage variant. 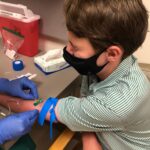 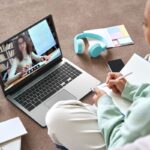