It all started with OnePlus, then Xiaomi followed the trend, later Poco took over the title. But this time, its Realme who is the actual title holder. Actually, we are talking about the “flagship killer” tag. This tag is used for smartphones that offer premium hardware with a cutthroat price. Recently, Realme launched one such smartphone in India. The device comes with the name of Realme GT 5G. At a price of just Rs 37999, Realme GT 5G is offering top-notch processor and multiple impressive specifications. However, this price could not be that affordable for many of you. But looking at the current price trends from the likes of Samsung, Apple and now even OnePlus. This device will definitely grab attention of many interested in an expensive mid-range smartphone.

The frame of the Realme GT 5G comes with a flat design both at the top and bottom. There is a yellow finishing at the rear end, which is inspired from the racing theme. The “flagship killer” device uses a mix of vegan leather and plastic at the back. Additionally, the 5G Realme phone is also available in Dashing Silver and Dashing Blue colours. Both these colour option comes with glass back design.

The rear end of Racing Yellow variant is built up of polycarbonate. It has a layer of vegan leather. This leather makes it easy for users to grip the handset. The camera module on the GT appears to be meant to fit in with the back’s glossy black line at the rear. The frame of Realme GT is made up of plastic. It gets the power button on the right edge. Whereas, the placement of volume button and the SIM Tray is on the left edge.

The all-new flagship killer, Realme GT 5G supports a 6.43-inch Full HD+ AMOLED display. This display comes with 120Hz refresh rate. It gets an aspect ratio of 20:9. Additionally, it also gets 360Hz touch sampling rate, which will be useful while playing games. The device also gets dual stereo speakers. Here, the earpiece doubles as the second speaker to offer perfect sound while listening to any audio or playing games.

This display gets protection from Asahi DragonTail glass protection. The display also gets a hole-punch cutout at the top for selfie camera. Realme claims that this display can reach a peak brightness of 1000nits. However, there is no sign of HDR10 support. The all-new Realme GT 5G runs on company’s own custom Realme UI 2.0 which is based on Android 11 operating system. The custom skin comes with several third-party apps pre-installed. The UI mainly focus on user personalization. Keep in mind, this Realme smartphone is a performance and gaming centric device.

Being a premium offering, Realme adds Qualcomm Snapdragon 888 SoC in this 5G GT mobile phone. Realme is offering this flagship killer device with 8GB and 12GB LPDDR5 RAM variants. For storage, these options come with 128GB and 256GB of onboard storage respectively. Additionally, users can also expand this RAM virtually. This can be done by using up to 7GB of inbuilt storage.

As for the optics, the flagship killer, Realme GT 5G comes with 64-megapixel triple rear camera setup. The 64-megapixel primary camera sensor is accompanied by an 8-megapixel ultra-wide-angle shooter. The third camera is a 2-Megapixel macro lens. For selfies and video chats, the 5G Realme mobile phone also comes with 16-megapixel front shooter.

The Realme GT 5G packs in 4500mAh battery which is bit surprising as the device comes with focus towards gamers. The flagship killer device charges using the 65W Super Dart charger which comes within the box packaging. As far as dimensions is concerned, the glass finish of the phone measures 158.5×73.3×8.4mm and weighs 186 grams. However, its vegan leather version is 8.5mm thick and has 186.5 grams of weight.

Realme GT 5G will be up for sale in the country starting August 25. The device will be made available through Flipkart, Realme India official website and other major retail stores. Additionally, Realme has also patterned with Flipkart to offer this phone with Flipkart’s Smart Upgrade programme. This program will allow customers to get Realme GT 5G by paying 70 percent of the price for one year.

To recall, Realme GT 5G has been already launched in China in the month of March. In China, the vanilla Realme GT 5G variant with 8GB RAM and 128GB storage comes with a price tag of CNY 2799 which approximately Rs 32100. The same device was later introduced in European market with a starting price of EUR 449 which is roughly Rs 39100.

Moreover, Realme GT 5G is not exactly the flagship killer for 2021. This is because it still misses out on certain features. The device does not get an IP Dust and water rating. Additionally, it does not support any Wireless charging. The latest offering from Realme will also compete against the likes of devices like Samsung Galaxy S20 FE 5G, iQOO 7 Legend, OnePlus 9 and others. Also Read: Realme GT Neo design in detail 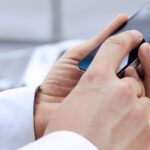 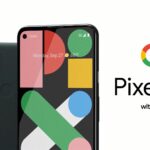