Realme has once again started making headlines for its upcoming X9 Series. The all new Realme X9 smartphone series is likely to launch later this year. These days leaks and rumors about the upcoming Realme X9 series are circulating around the internet. The recent leak suggests that the Realme X9 Pro could launch alongside the Realme X9 phone. The new leak also hints at the key specifications and price details for the upcoming smartphone. Based on previous leaks, it also suggested that there will be a mid-ranger in the making.

The leaks about the all-new Realme X9 Pro comes from a user name Arsenal via MySmartPrice. These leaks appear on the Chinese micro blogging website, Weibo. As per leaks, the Realme X9 Pro could support a 6.55-inch Samsung E3 AMOLED micro-curved display. This display is most likely to support a 90Hz refresh rate. Qualcomm Snapdragon 870 chipset could be powering this upcoming handset. However, previous leaks suggest for the existence of MediaTek Dimensity 1200 SoC. If these leaks come out to be true, then this smartphone will compete with the likes of the Xiaomi Mi 11X, iQOO 7 and many others. Additionally, the device is likely to come with LPDDR4x RAM along with UFS 3.1 internal storage. The RAM and storage options could go up to 12GB and 256GB respectively.

As for the camera configuration, the Realme X9 Pro is likely to feature a 50-MP triple rear camera system. The 50-MP main camera sensor comes with Sony IMX766 sensor. Additionally, the main camera is accompanied by a 16-MP ultra-wide lens and a 2-MP Black and White lens. For selfies, the Pro variant could feature a 32-MP snapper. The smartphone is likely to pack in a 4500mAh battery along with 65W fast charging system. It will be running on the Realme UI 2.0 which will be based on Android 11 OS out of the box.

Additionally, the Pro variant could launch with a metallic frame, dual stereo speakers, Dolby Atmos Audio, Z-axis linear motor and NFC support. The Realme X9 Pro is likely to be price at CNY 2699 for the base 8GB RAM and 128GB storage variant. This converts to around Rs 30870. Whereas, the other variant with 12GB RAM and 256GB of internal storage comes with a price tag of CNY 2999 which is approximately Rs 34300. Also Read: Realme X Series phone, Realme X9 spotted on TENAA listings, Design leaks online

Beside the Realme X9 Pro, the vanilla variant of Realme X9 is likely to come with an AMOLED screen along with a Qualcomm Snapdragon 778G chipset. The smartphone is likely to fall under Rs 25000 in India. This vanilla variant is likely to come with vertically-aligned rear camera bump with a big camera housing. For selfies, it will feature a punch-hole camera within the display. At rear, it could feature a triple rear camera system. The device could launch with a 4400mAh battery. The Realme X9 Series could launch in India later this year. However, there is no official information for the same. Stay connected to get more details. 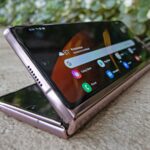 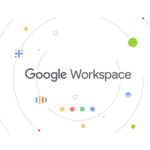