The Samsung unpacked event on 14 January unveiled the new Galaxy S21 smartphone line-up. But the company did not disclose about Samsung Galaxy Z Flip successor. Since then, there is no word from Samsung. If they are preparing to come up with Galaxy Z Flip 2 or a Galaxy Z Fold 3 sometime soon. However, it is confirm that Samsung is rumor to launch its new foldable phones this year.

Also, Leaks do confirm that two new folding smartphones are under work and it does not appear that Samsung has got all its storage options out. The recent leak came from SamMobile, a reliable source for the leaks related to Samsung products. According to him, Samsung is currently working on successors to the Galaxy Z Flip from last February and the Galaxy Z Fold 2 from August 2020.

The previous generation of Galaxy Z Flip in India is now available in the 256GB version only for Rs 84,999 but was launch in the previous year for a superior price of Rs 1,10,000. A 128GB version for a model for this year could allow Samsung to get its Galaxy Z series prices down to probably the same amount as Galaxy Z Flip’s current price.

The report also suggests that the Galaxy Z Flip 2 would come with One UI 3.5, based on Android 11. The new One UI 3.5 could bring in some new software features and updates. Also Read:

The Galaxy Z Fold 3 is likely to come with a single 256GB storage variant. No detail or information is available on the 512GB variant. The company will launch Galaxy Z Fold 3 phones with One UI 3.5 interface based on the latest Android 11.

Since the first generation of Galaxy Fold, Samsung has been religiously reducing the prices of its folding phones. Therefore, we could expect the company to make its Galaxy Z series more accessible to the masses with the Galaxy Z Flip 2 and Galaxy Z Fold 3 being more affordable. Rumors from a cheaper Galaxy Z Fold model also round out the internet, causing Samsung’s folding phone series prices to decrease. Also Read: Samsung Galaxy A12 India set to launch this week 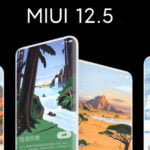 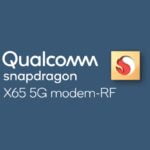