In this OnePlus vs Samsung situation, to get this post on a right track, it is likely that OnePlus could be in a mood to make fun and mock Samsung. As Samsung has just launched its Galaxy Z Fold 3 smartphone. The teaser poster of OnePlus shows nothing. These are just the two OnePlus 9 Pro mobile handsets. These handsets are placed in way that it looks like a dual screen smartphone. Additionally, there is no reports on whether the OnePlus will be bringing a foldable device anytime soon.

Ahead of this OnePlus vs Samsung situation, The South Korean tech giant has launched its all-new foldable smartphone. The device was launched with the name of Samsung Galaxy Z Fold 3. This foldable phone was launched at the biggest Galaxy Unpacked event. The South Korean tech giant went all-virtual to launch this Galaxy Z Fold 3 smartphone. Besides, this the company also launched the Galaxy Z Flip 3 smartphone and other Samsung products. Moreover, the details about these products are already available on the Samsung’s official YouTube channel, Official website, and other social media handles like Twitter and Facebook.

At this launch event, the South Korean tech giant announced several exciting out products beyond the Samsung Galaxy Z Fold 3 and the Samsung Galaxy Z Flip 3. Samsung also announced the latest generation of Galaxy Buds aka the Samsung Galaxy Buds 2. These are the Truly Wireless earbuds. The company also launched the new smartwatches including the Galaxy Watch 4 and the Galaxy Watch 4 Classic. The OnePlus vs Samsung funny controversy started after the launch event ended. Also Read: Indian Government vs WhatsApp controversy continues over new privacy policy 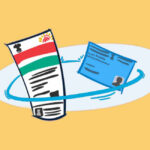