Whereas, On the other hand, The Instant messaging platform states that India’s new IT rule is completely against the concept of end-to-end encryption. This end-to-end encryption policy ensures that messages on the platform are secure and encrypted. The messaging company sues Indian Government over this new social rules. Further, the Facebook owned messaging platform WhatsApp has moved to the Delhi High Court. Additionally, The company filed a petition on May 25.

In an official Statement WhatsApp spokesperson claims that Indian Government wants the messaging apps to “trace” the chats. In other words, Indian Government wants company to keep the fingerprint of each single message sent on WhatsApp. This IT rule will break the end-to-end encryption and fundamentally affects the people’s right to privacy. The company has consistently joined civil society and experts from around the world in opposing requirements that would violate the privacy of user.

Beside challenging the new IT rules, WhatsApp also assures that it will continue to remain in contact with the Government of India. The company will try to find the practical solution and aims to keep the safety of users at priority. In the official blog post, WhatsApp argues that Indian Government wants companies to trace every single message. The Government request technology companies to provide account information about a particular individual account. For traceability, the Government would provide a piece of content to the company. The Government will then asks about the originator of this information.

The company states that in order to trace the provided message, the company would have to trace every single message. This is because there is no other way to predict which information does the Government wants to investigate in future. In other words, Indian Government wants traceability mandatory as a new form of mass surveillance. Also Read: DoT grants permission to telecom service providers for 5G trials in India 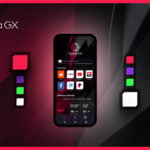 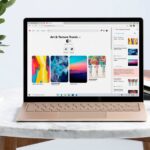