It will be very difficult for Realme to break up with one of the most popular long-running X mobile series. According to rumours, Realme is planning to ditch its long-running Realme X Mobile Series in favour of upcoming Realme GT Series. In a recent interview, Realme CEO Madhav Sheth has confirmed that the Chinese brand is planning to make no more mobile phones for the Realme X Series lineup. Instead of launching more models under the Realme X Series. The Chinese brand will replace it with the Realme GT Series. The first two models of this Realme GT Series will be launching in India this week.

In an interview with TechRadar, the Realme India and Europe CEO, Madhav Sheth said that “The GT is the new X”. This gives us a hint that the Chinese brand is planning to replace the Realme X Mobile series with the upcoming Realme GT Series. The all-new Realme GT series featuring the Realme GT 5G and the Realme GT Master Edition will be launching this week in India.

Realme India will be hosting a launch event for the same on August 18. According to rumours, the Chinese brand will be launching the Realme GT 5G alongside Realme GT Master Edition at this launch event. The rumours also suggests that the company will be launching Realme GT Master Explorer Edition at a later stage in the country. Meanwhile, in this interview, the Realme CEO did not give any further hints about the upcoming GT series models for the Indian market.

The GT is the New X:

The already existing Realme X Series brings some of the most premium mobile phones from the company. This Realme X series features some of the flagship-level mobile phones at an interesting price point. One of the most recent offering in the Realme X series is the Realme X7 Max. To recall, the Realme X7 Max is the rebadged version of the Realme GT Neo. The Chinese brand offered this rebranded Realme GT Neo at a strategic price point in India. Also Read: Xiaomi Mi 11 Lite 4G could be axed in India in favour of Mi 11 Lite 5G

Although, Realme CEO Madhav Sheth confirmed that Realme GT series will overtake the existing Realme X mobile series. But this does not mean that Realme X series devices are going anywhere around. Realme will continue to sell the existing stock of Realme X series device. Additionally, the Chinese brand will also roll out the new software updates and other security updates. This is more of a commercial rebranding, with Realme merely renewing the name in order to pique interest.

The upcoming Realme GT series in India will rely on Qualcomm Snapdragon chipsets. The Realme GT 5G will feature the top-tier Qualcomm Snapdragon 888 flagship chipset. Whereas, the Realme GT Master Edition will rely on the Qualcomm Snapdragon 778G chip. Both chipsets are 5G compatible. It remains to be seen how the Realme will offer these smartphones in country and at what price point. Meanwhile, Realme X7 Max is the current most powerful mobile phone in India under Realme X Series. The device features MediaTek Dimensity 1200 SoC. Additionally, the 5G phone comes with a 120Hz AMOLED display along with 360Hz response rate. Also, the Realme X7 Max is one of the best choices for Indian gamers 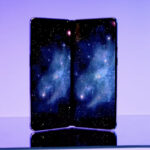 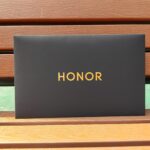