OnePlus 10 Pro 5G mobile phone could soon launch in India. To recall, the Chinese smartphone makers recently launched the flagship OnePlus 10 Pro mobile phone in China. Now, the Pro variant under the OnePlus 10 series is likely to make its way towards the global market. Earlier, it was reported that the OnePlus 10 Pro 5G is already under the manufacturing phase in India. Now a tipster has hinted that the smartphone could soon launch in India in coming months. Besides this, OnePlus Nord CE 2 5G mobile phone could also launch later this month. Furthermore, the device has been spotted on the official Indian OnePlus website by a popular tipster.

Currently, the company has kept mum about the official announcement of smartphone in India. But it is likely that India will be the first country after China to get the all-new OnePlus 10 Pro. Meanwhile, OnePlus recently launched the OnePlus 9RT in India. The official details about this OnePlus 9RT mobile phone are already available on the company’s official website. To recall, this OnePlus 9 series device was launched in China last year. This smartphone comes with last year’s flagship processor, Qualcomm Snapdragon 888 5G.

In terms of camera optics, the OnePlus 10 Pro could get a triple lens setup. Here, the 48-megapixel primary camera unit could come in pair with a 50-megapixel ultra-wide-angle lens. The third lens with an 8-megapixel telephoto shooter. For selfie and video calls, the device could support a 32-megapixel shooter.

In continuation to yesterday's tweet, here a timeline on upcoming OnePlus products

Whereas, the OnePlus Nord N20 could be exclusive to European country. This Nord phone is likely to launch in the month of February as well. Furthermore, the tipster also revealed that OnePlus 10 Pro could launch in the month of March. This OnePlus phone could first launch in India and later in other global markets. Tipster Yogesh Brar also published this information about the OnePlus 10 Pro on the Twitter website.

Earlier, tipster also confirms that OnePlus is likely to host one virtual event every month starting from January. Confirming the tipsters claims, OnePlus launched OnePlus 9RT and OnePlus Buds Z2 earlier this month in India. These OnePlus products are also available on the company’s official website.

The tipster also confirms that OnePlus is not only focussing on smartphone. But the Chinese brand is also planning to launch new smart TVs, neckbands with active noise cancellation, TWS earbuds. These smart gadgets could launch later this year. To recall, OnePlus joined hands with Oppo last year for the launch of new unified OS.

According to reports, Android 12 based unified OS will be rolling out in the month of April. The Android based unified OS is the product of merger between Oppo’s ColorOS and OnePlus’ OxygenOS. It is highly likely that OnePlus 10 series could launch with this unified OS in India and other global markets.

The all-new OnePlus Nord CE 2 5G is likely to make its debut as the new mid-range smartphone. A recent report hints that this Nord CE 2 5G is in the testing phase in India and Europe. The upcoming smartphone will succeed the current gen OnePlus Nord CE. Recently, the OnePlus phone appears on the Bureau of Indian Standards (BIS) website. This suggests that device could soon launch in India.

This OnePlus Nord CE 2 5G appears the codename, Ivan on the certification website. Furthermore, the 5G phone gets a model number IV2201. Regarding specifications, the OnePlus Nord 2 CE 5G is likely to feature a 6.4-inch Full-HD+ AMOLED display. This display could get 90Hz screen refresh rate. An octa-core MediaTek Dimensity 900 series chipset is likely to power this Nord CE 2 5G. Similarly for optics, a 64-megapixel triple rear camera unit could be present on the upcoming OnePlus Nord CE 2 5G. 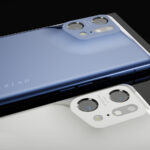 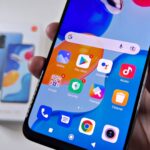