As per Geekbench listings, the Samsung Galaxy Tab S8 Ultra comes with the model number SM-X906N. The listing on the benchmarking website suggests that this is the premium model under the upcoming Galaxy Tab series. The tablet device could feature the Qualcomm Snapdragon chipset. This chipset is likely to be marketed with the name of Snapdragon 8 Gen 1 processor.

Beside processor details, the Geekbench listings also reveals that the Samsung Galaxy Tab S8 Ultra is likely to pack 8GB of RAM. The tablet could launch with latest Android 12 operating system. As for the benchmarking score, the premium tablet achieved a single core score of 1215 points. Whereas, the multi-core score 3159 points, which looks quite decent.

Some previous leaks revealed the price details for the upcoming premium Galaxy Tab S8 lineup. As per these leaks, the Galaxy Tab S8 series is likely to launch in three variants, the Wi-Fi model, the LTE model, and the 5G model. Also Read – Samsung Galaxy Tab A7 Lite design and specs leak, launch expected soon 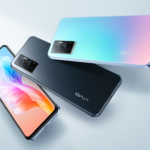 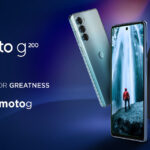