Samsung is one of the biggest smart gadgets makers in the world. This year the South Korean brand is launching new products in every single week. To recall, this year, the company has launched several new smartphones under the Galaxy A, Galaxy F, Galaxy M and Galaxy S series in last few months. Now, the smartphone manufacturers are planning to launch a cheaper tablet likely to be dubbed as the Samsung Galaxy Tab A7 Lite.

To recall, Samsung has launched its bigger sibling Galaxy Tab A7 last year in the month of September. According to latest report from leakster Evan Blass, Samsung is planning to bring a liter version of this Samsung Galaxy Tab A7. This upcoming tab is likely to launch sooner than expected. Also Read: Samsung Galaxy F02s is likely to launch soon in India, specs and other design details leaked

The leakster reveals the renders and some key specifications of this upcoming liter variant. This version is likely to launch in form of the Galaxy Tab A7 Lite. The leaks about this tab has appeared for the very first time on internet. According to render images and specs, The upcoming Galaxy Tab A7 Lite is likely to be power by the MediaTek Helio P22T SoC. This chipset will pair with 3GB of RAM.

According to previous reports, Samsung has launched one of its Galaxy S Series smartphone in India. This all new S Series smartphone is dub as Galaxy S20 FE 5G edition. This smartphone comes Qualcomm Snapdragon 865 chipset. The smartphone is available at a starting price of Rs 55999. The device comes in multiple color options including Cloud Red, Cloud Lavender, Cloud Mint, Cloud Navy and Cloud White colour. The 5G smartphone is currently sold via company’s official website, Samsung Exclusive Stores, Amazon India and other retail outlets. 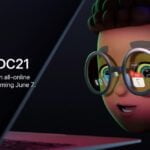 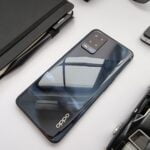