The next OnePlus T-Series phone will feature a triple rear camera setup. Additionally, the smartphone is likely to get 65W fast charging support. According to reports, OnePlus 9RT is also likely to launch in India soon. However, the Chinese brand is yet to confirm about the launch of new phone in form of OnePlus 9RT in India. Meanwhile, the official launch date has not been revealed as of yet. As per OnePlus News, the upcoming device has been spotted on BIS website. This hints at the imminent launch of this upcoming OnePlus smartphone.

The listing on the BIS website suggests that the upcoming OnePlus phone appears with the model number MT2111. Here, “21” refers to the launch year. To recall, the Chinese brand has already launched multiple devices this year including the OnePlus 9, OnePlus 9 Pro, OnePlus 9R, OnePlus Nord CE and Nord 2. The OnePlus 9RT is likely to be the last smartphone that the company will release this year for Indian consumers.

To recall, the OnePlus 9R mobile phone is already available in India. The base variant with 8GB RAM and 128GB storage is price at Rs 39999. Whereas, the other variant with 12GB of RAM and 256GB of storage comes for Rs 43999. The expected price of this upcoming OnePlus 9RT is shared by popular tipster known as Arsenal on Weibo. According to recent reports, the OnePlus 9RT could launch soon in India and China. The actual launch event could take place in the month of October.

As per leaks from tipsters, the upcoming OnePlus 9RT will support a 6.55-inch Samsung E3 Full HD+ Super AMOLED display. The display also gets a screen resolution of 1080*2400 pixels. Additionally, it also gets a 120Hz screen refresh rate. For screen protection, the OnePlus next phone could get Corning Gorilla Glass 5 protection. As for the hardware, the OnePlus 9RT is likely to come with Qualcomm’s Snapdragon 870 SoC. Additionally, this chipset will come in pair with up to 8GB of LPDDR4x RAM and up to 256GB of UFS 3.1 storage.

Other than this, the OnePlus phone will also come with NFC support. It is likely to pack in a 4500mAh battery which will get the support from 65W fast charging. The upcoming OnePlus 9RT may also feature a frosted Corning Gorilla glass back cover. It will feature an all-aluminium body. Additionally, the device will also get dual-speaker with Dolby Atmos. It could also get an X-axis linear motor. Also Read: Realme could be working on Snapdragon 870 powered smartphone 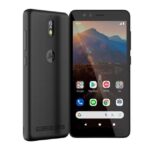 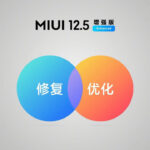