OnePlus is gearing up for the launch of new products in India in the month of December. This time we can expect to see the new OnePlus smartphone in India. These products are likely to be OnePlus 9RT and the OnePlus Buds Z2, truly wireless earbuds. To recall, couple of months back, this OnePlus 9RT was announced in China. The new OnePlus phone is likely to launch in India as the successor to the OnePlus 9R.

Keep in mind, OnePlus usually launches its smartphone in the first half of the year in India. But this time OnePlus is playing little different with the launch of OnePlus 9RT. The latest OnePlus mobile is coming almost 2 months later than expected. Also Read – OnePlus 10 Pro India launch might be delayed; could launch in China first

Last week, Indian tipster Mukul Sharma also revealed that the upcoming OnePlus phones had been listed on the Google Supported Device List and Google Play listing. Recently, an advertisement from Amazon India has also appeared on Google Search Results. This Amazon advertisement revealed the device as the OnePlus RT mobile phone. Once again, Mukul Sharma shared the screenshot of this advertisement in one of his tweets.

However, we still don’t know if this is some kind of prank or any backend mistake. There could an indication to another upcoming device, which could soon launch in India. Although, the Chinese smartphone makers has not given any indication for the same. Meanwhile, several rumours and leaks have been circulating over the internet. These suggests that OnePlus 9RT could launch under different name in India. Right now, these are just speculations. Therefore, we suggest you to wait for the launch of next OnePlus smartphone.

On the other hand, a new leak from popular tipster Max Jambor revealed the launch date of OnePlus 9RT smartphone and upcoming Buds Z2 in India. As per leaks from Max Jambor, the OnePlus RT and the Buds Z2 will be launching in India on December 16. Some earlier reports indicated that these products could launch by the end of November. But this did not happen.

As per speculations, the upcoming OnePlus RT will succeed the OnePlus 9R smartphone. To recall, this OnePlus 9R was launched alongside the OnePlus 9 Series earlier this year. Since, the smartphone is already available in China. Hence, it is likely that the company will release the same model in the Indian markets as well.

Moreover, OnePlus has also confirmed that the upcoming OnePlus smartphone will have better cooling system. The device will also get 600Hz Ultra-Sensitive Touch, which will work at a very low latency. Additionally, another leaker Digital Chat Station revealed that the phone could launch with ColorOS 12 which will be based on Android 11 OS.

As for the specifications, the OnePlus 9RT could launch with an octa-core Qualcomm Snapdragon 888 SoC. This chipset will come in pair with up to 12GB of LPDDR5 RAM and up to 256GB of UFS 3.1 onboard storage. The OnePlus smartphone will support 6.62-inch Full HD+ E4 AMOLED display panel. Additionally, this display will get 120Hz refresh rate and 600Hz of touch sampling rate.

As for the connectivity, the OnePlus 9RT smartphone will get 5G, 4G LTE, Wi-Fi 6, Bluetooth v5.2, GPS/ A-GPS, NFC, and USB Type-C port. It will also get support for Dolby Atmos along with dual stereo speakers. The complete hardware will be backed by a 4500mAh dual-cell battery. The device will get 65W Warp charge fast charging support.

Currently, we don’t know the exact price for Indian variant of OnePlus RT. However, the rumours and leaks suggest that the upcoming OnePlus phone is likely to be price under Rs 50000. We have to wait for the smartphone brand to make any official price announcement for this OnePlus 9RT smartphone. Also Read – OnePlus 9RT Price, Specification tipped online 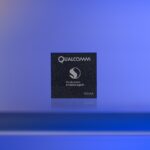 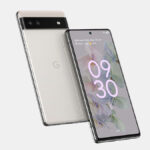