OnePlus 9RT India is the new upcoming smartphone, launch is not much far. The Chinese smartphone brand is getting ready for the launch of the new OnePlus mobile phone. As per latest reports, a product support page went live on the official website of OnePlus India. This product support page could be in connection with the upcoming OnePlus 9RT. Alongside the OnePlus 9RT, the support page of OnePlus Buds Z2 also went live for some time. This hints that both OnePlus products could launch anytime soon in India.

The details about this listing were first confirmed by 91Mobiles. According to 91Mobiles report, the OnePlus 9RT smartphone was listed under the phones section on the official website. Whereas, the OnePlus Buds Z2 earbuds were listed under the accessories section. Although, currently, the listing does not confirm for the launch of either of the products. Also Read – OnePlus RT or 9RT: Which OnePlus smartphone is coming next in India?

On the other hand, a new OnePlus mobile has been spotted on the Bureau of Indian Standards (BIS) website. Although, the listing does not provide much information about the device. However, the device is not likely to be the OnePlus 9RT which could launch anytime soon in the country. On the BIS listing, the OnePlus device appears with the code name of IV2201. This listing was first spotted by 91Mobiles.

In another report, popular tipster Yogesh Brar suggests that the listed device could be the Nord device. However, there is no information if the device is successor to the Nord CE or a new OnePlus mobile phone. To recall, OnePlus launched the OnePlus Nord 2 recently in the country. Therefore, there is no question for its successor coming soon.

The all-new OnePlus 9RT will be the company’s mid-year update under its premium smartphone segment. To recall, the OnePlus 9R mobile phone was first launched in China in the month of October. During the Chinese launch event, the company also announced about its availability in India. Earlier, the launch event was expected to take place in the month of November. But, now, the company has delayed the launch due to some undisclosed reason.

Since OnePlus 9RT mobile phone recently appears on the OnePlus India’s website. It is highly likely that the upcoming OnePlus phone could launch anytime soon. Moreover, the company could also rebrand the OnePlus phone as the OnePlus RT. Till now, the Chinese smartphone brand has not officially revealed any teaser or any details about the launch event. But some leaks do suggest that the device will be unveiled on December 24 or in first week of January. If this leak is true, OnePlus might soon release the teaser for the upcoming mobile phone and even OnePlus Buds Z2.

The all-new OnePlus 9RT will sport a 6.62-inch OLED display. This display will come with 120Hz refresh rate. Moreover, the device could reach a peak brightness of 1300 nits. The display will also get a touch sampling rate of 600Hz. This will enhance the gaming experience for the users and will also improve the overall responsiveness of the display.

Qualcomm’s last year’s flagship Snapdragon 888 SoC will be powering this OnePlus 9R series device. The smartphone is likely to get up to 12GB of RAM and up to 256GB of onboard storage. As for the pricing, the OnePlus 9RT will be place under the premium mid-range segment. In India, the OnePlus 9RT price might start at just under Rs 40000. Also Read – How to pre-book RT PCR test for COVID19 at the airport? 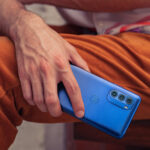 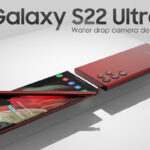