The South Korean tech giant Samsung plans to organize its next Galaxy Unpacked Event in August. The smartphone makers could announce the next iteration of the new foldable phones. Furthermore, Samsung has started to tease the date for the upcoming Galaxy Unpacked Event 2022. According to reports, the South Korean tech players announced that the event would take place on August 10. At the unpacked event 2022, we expect to see the launch of the Samsung Galaxy Z Fold 4, the Galaxy Z Flip 4, and the Galaxy Watch S series. The upcoming Samsung Galaxy Z Fold 4 and the Galaxy Z Flip 4 5G will be the event’s main highlights.

Last week, Samsung announced that the next Galaxy Unpacked Event 2022 will be held on August 10 at 0900 ET/ 1830 IST. The South Korean tech giant made the official announcement via fun a and cryptic tweet. Last week, Samsung shared a tweet where it posted three cryptic images with a hidden meaning. Also Read – Samsung Galaxy Fold 4 release date

One of the images featured random letters and numbers arranged in a 6*5 grid. At the same time, the second image featured coloured circles in the same 6*5 grid. The third image gets 6 circles with at least one of the colours in the second image. These images were posted alongside a question, “When will something greater arrive?”

We have a secret to tell you. #SamsungUnpacked #Samsung

We tried to unfold this cryptic message from these three images. If we match the first two images, we will get letters or numbers corresponding to certain coloured circles. All that remains is to arrange the numbers of the appropriate coloured circles in the order shown in the third illustration.

For your convenience, it reads “081022,” which is a tiny suggestion of “08” (August), “10” (date/ Wednesday), and “22” (year/ 2022). The hashtag used in the tweet is #SamsungUnpacked. All indications point to Samsung’s annual Galaxy Unpacked event on August 10. Now, the entire event will be streamed live on the Samsung Newsroom, the official Samsung India website, and Samsung’s official YouTube channel.

The recent report suggests that the next phone from Samsung could be the upcoming Galaxy Z Fold 4 and the Galaxy Z Flip 4 5G during this event. The company could also unveil the Galaxy Watch 5 and the Galaxy Buds 2 Pro during the next Galaxy Unpacked Event. Although, the company has not confirmed the exact official list of Galaxy devices to launch at this event.

Previously, popular tipster Evan Blass aka @evleaks, posted a promotional image of the upcoming Galaxy Unpacked 2022 event. The promotional poster suggests the idea of foldable devices. However, it remains unclear which Samsung fold phone it is referring to.

Samsung is also giving its consumers in the US the opportunity to reserve these devices before preorders open. In the US market, the South Korean tech giant also offers up to USD 200, roughly Rs 16000, as Samsung Store Credits to its Galaxy Fold and Galaxy Flip customers. This amount can be used for reserving any of these upcoming Galaxy Z Fold 4 and Flip 4 phones. Also Read – Designer Galaxy Z Flip colors and other leaks

Although the company has not confirmed the exact list of devices available in this offer. Meanwhile, the customers reserving the new Galaxy foldable phone will get up to USD 100, roughly an Rs 8000 credit. Customers must register on the Samsung website to make these bookings and receive these credits. These bonuses are expected to be available when preorders open following the August 10 event.

According to the online reports, Samsung is working on the upcoming Samsung Galaxy Z Fold 4 and the Galaxy Z Flip 4 5G. The Samsung Galaxy Z Fold 3 successor could run on Android 12 out of the box. Furthermore, the foldable smartphone will likely pack a triple rear camera unit, headlined by a 50MP primary sensor. The upcoming smartphone will be powered by the Qualcomm Snapdragon 8+ Gen 1.

The report further reveals that Samsung is also working on adding new features to the Galaxy Z Fold 4 smartphone. Samsung will likely add a split-screen feature on the Galaxy Z Fold 4 to enhance multitasking. This functionality will probably allow users to enter the split-screen mode by swiping the screen. For the time being, the main question that rises is that should I wait for the Fold 4?

Ahead of the official launch, the known tipster Evan Blass also revealed the colour variants and storage details of the Samsung Galaxy Z Fold 4. As per the tipster, the upcoming Samsung folding phone could launch in four distinct Samsung fold colours option – Beige, Burgundy, Phantom Black, and Grey-Green. This is similar to what we have already seen with Galaxy Fold 3 colours. The new Samsung folding phone will be available in three storage options. These may include 128GB, 256GB, and 512GB of onboard storage.

The Beige, Grey-Green, and Phantom Black variants could come in 128GB, 256GB, and 512GB storage options. Furthermore, there will be a unique Burgundy Red colour variant. This particular colour option will be offered with 256GB and 512GB storage options. Remember, these are just leaks; nothing has been officially confirmed by Samsung yet about the upcoming folding mobile.

At the same time, the Samsung Galaxy Z Flip 4 is likely to sport a 6.7-inch Super AMOLED display. The display could offer a 120Hz variable refresh rate. As mentioned above, the Galaxy flip phone will be powered by the flagship Snapdragon 8+ Gen 1 SoC. The chipset could couple with 8GB RAM and up to 512GB of onboard storage. The Samsung Galaxy Z Flip 4 5G will likely house a 12MP dual rear camera setup for optics.

Pricebaba, citing tipster Sudhanshu, alleges that the Galaxy Z Flip 4 will start at EUR 1080, roughly Rs. 88500 for the base variant with 128GB of storage. Another model with alleged 256GB storage is likely to carry a price tag of EUR 1160, roughly Rs 95000. While the top-of-the-line-variant is likely to launch with 512GB of onboard storage. The top-end variant of the Samsung Galaxy Z Flip 4 5G could launch with a price tag of EUR 1280, roughly Rs 104850.

These leaked images suggest that the upcoming foldable smartphone will be almost identical to the predecessor, Galaxy Z Flip 3. The only significant difference will be that the forthcoming Galaxy Z Flip 4 will be slightly larger and more pronounced. Also Read – New Samsung Galaxy Z Flip 3 launch details 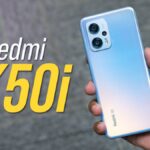 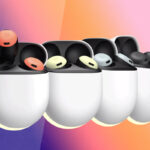