Samsung is all prepared to host the next Galaxy Unpacked event. The next unpacked event will take place in the month of August. Meanwhile, the South Korean tech giant is all geared to showcase the upcoming Galaxy Foldable phones and other device. These products were expected to showcase at MWC 2021. The list of products that are most likely to be unveiled includes the Galaxy Z Fold 3 and the Galaxy Z Flip 3 and the Samsung’s latest wearable Galaxy Watch 4.

Earlier, this year at MWC 2021, Samsung mainly showcased its software. Now, we will witness the launch of new consumer products at the next unpacked event on August 11. The next Samsung Galaxy unpacked event will start at 1000 EST on August 11. In this unpacked event, viewers can witness the launch of multiple new Galaxy products. These products include the Foldable smartphones, Galaxy Watch 4 smart watch and the new Galaxy Buds 2. The complete event can be watch via the company’s official website.

At Samsung Galaxy Unpacked Event, the all-new Galaxy Z Fold 3 could be the first product to launch. It could also debut as a replacement to this year’s Galaxy Note. The new Foldable smartphone is confirmed to get support for S-Pen. According to reports, the Galaxy Z Fold 3 is likely to feature dual Super AMOLED panel. In this device, the covering screen measures 6.23-inch display. Whereas, the internal display measures 7.55-inch.

According to GeekBench listings, the foldable phone will be equipped with Qualcomm Snapdragon 888 chip. This chipset comes in pair with 12GB of RAM. For the camera configuration, the device will feature a triple rear camera setup. It will also get a 16-MP under display camera for selfies up front. Additionally, there is an additional, 10-MP camera on the cover display. Regarding price details, the Samsung Galaxy Z Fold 3 comes with a cheaper price tag than its predecessor.

The upcoming Samsung Galaxy Z Flip 3 is likely to come with a flip design mechanism. According to render leaks, this flip design will be somewhat similar to the Moto RAZR 2020. The foldable screen could feature a 6.7-inch internal display along with 120Hz refresh rate. Additionally, the upcoming device will get a 1.9-inch external display. For the hardware, the device will also get power from the Qualcomm Snapdragon 888 chipset. This chip comes in pair with up to 8GB of RAM. The device will be back by a 3300mAh battery along with 15W wireless charge support.

The next product to launch at Galaxy Unpacked Event is Samsung Galaxy Watch 4. The latest wearable comes with new Wear OS. Additionally, to recall, the details about the new Wear OS have been revealed at MWC 2021. According to render leaks, the new smart watch could feature a circular build. Additionally, the smart watch will not support rotating bezel. However, the wearable would come with a slimmer profile as compared to its predecessor. Meanwhile, the latest Galaxy Watch 4 could launch with two dial sizes. These sizes include 40mm and 44mm. The Samsung Galaxy Smart watch also comes with an integrated bioelectrical impedance analysis (BIA) sensor for monitoring body composition.

Meanwhile, the Galaxy Buds 2 could launch with a refreshing bright colour coating. According to leaks, the audio device could launch with a price between USD 149 and USD 169. Based on previous iteration, the new Galaxy Buds 2 is likely to ditch the active noise cancellation feature. However, other details about the upcoming device are still under cover. We will get complete details at the next Samsung event happening next month. Also Read: Galaxy Z Flip 3, Galaxy Z Fold 3 could launch on August 27 at Samsung Unpacked Event 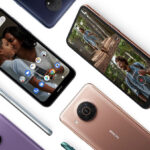 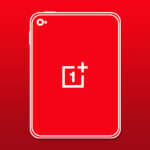