According to Amazon India teaser page, the Tecno Spark 7 smartphone will be backed by massive 6,000mAh battery. Additionally, The company claims that this battery can provide a standby time of upto 41 days. Additional to this info, the teaser page does not give any indication if the device will feature fast charging or not. Also Read: Now, Users can preview pages on Google Chrome for Android without opening the page

Charge UP and SWAG UP on the long lasting battery of SPARK 7 with up to 41 days stand-by time! 🔋

Additionally, the Tecno Spark 7 will feature a dual camera setup. Under this camera setup, stands a rear-mounted capacitive fingerprint sensor. The Front display will feature a waterdrop style notch which houses the front camera. However, the teaser page does not reveal any other specifications about the camera sensors of this upcoming smartphone. The primary rear camera is likely to feature a AI camera sensor along with two more sensors. According to reports, the camera will come with features like Time-lapse Videos, Video Bokeh and Slo-Mo video recording.

Get ready to capture your SWAG with SPARK 7! ⚡🔥

Front or back, take ultimate shots with our Swagger camera! 🌟📸

According to teaser images, the front camera module will also accommodate two physical LED flashes. These flashes will embed into the top bezel of the smartphone. The promotional images on the teaser page also reveals that the upcoming smartphone will be made available in two color options including Green and Blue colors. Previously GSMArena reported that the company will also launch a Black color variant in the country. Beside this, the company has not disclosed much about the upcoming smartphone. To know more about this smartphone, we have to wait till it’s launch on April 9. 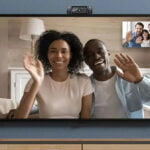 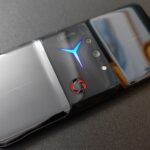