Danger. Excitement. And a whole lot of Nord 2.

There is also a design difference is both of the One Plus Nord phones. As the original Nord smartphone features a pill-shaped camera hump until now. The details for the front panel remain behind the curtains. But according to leaks, we can expect the front camera to be placed inside a corner punch-hole. Also Read: OnePlus 9R features and specifications, the gaming smartphone

Beside the Nord 2 design, the OnePlus Nord 2 will support a 6.43-inch AMOLED display. This display gets support for a 90Hz refresh rate. The all-new MediaTek Dimensity 1200 AI chip will be powering the device with some AI improvements. Regarding other details, the device will include a 12GB of RAM along with 256GB of internal storage. A 4500mAh battery will be powering the upcoming Nord phone along with 65W fast charge support.

The OnePlus Nord 2 will be running on the mix of Oxygen OS 11 and the ColorOS 11.3. This skin will be placed on top of Android 11 Operating system out of the box. For security, the device will get an in-display fingerprint scanner. Meanwhile, other features include a dual stereo speaker, Face Unlock ID and much more. Similarly for the price, the company did not share any details. However, we can expect the smartphone to start with a price tag of Rs 31999. This means that the Nord 2 phone will be expensive from the original Nord phone. Meanwhile, the OnePlus Nord 2 phone is scheduled to launch in India on July 22 via an online launch event. 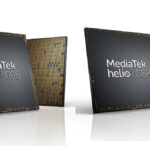 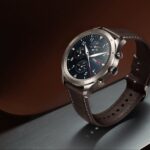