OnePlus has recently launched a new phone in global market including India. However, the biggest change is yet to come from the brand. According to latest leaks, OnePlus is reportedly working on next phone which will be powered by MediaTek Dimensity 1200 chip. This MediaTek powered device is likely to be the Nord 2. The upcoming device is likely to borrow components from the high-end OnePlus 9 Pro. The latest model is likely to be much faster, long lasting on a single charge, and will get improved cameras. Additionally, the smartphone is likely to launch with newer design which will resemble more to the premium OnePlus 9 Pro flagship.

To recall, MediaTek Dimensity 1200 is a flagship grade chipset. The same processor is powering the recently launched Realme X7 Max. Based on previous trend, OnePlus always rely on high-end chips for its premium phone segment. Therefore, using Dimensity 1200 for its next smartphone will not be that much surprising. If this news comes out to be true, then this would be first ever MediaTek powered OnePlus device, that too in premium segment.

The leak was first noted by the popular tipster Digital Chat Station. According to Digital Chat Station, beside getting Dimensity chipset, the OnePlus phone is also likely to be getting a new display with narrow bezels. The smartphone could also feature a punch hole cut out for the selfie camera. In this upcoming MediaTek powering OnePlus phone, the main camera sensor could feature a 50-MP Sony IMX766 sensor. The leaks also suggest that the inner of secondary cameras could be less than the OnePlus 9 Pro.

The next OnePlus smartphone will have OxygenOS onboard. This confirms that the smartphone will be launching in Global market first. To recall, the Chinese OnePlus phones comes with Oppo’s ColorOS skin. According to latest reports, the OnePlus Nord 2 could launch in the month of July at a similar or higher price than the original OnePlus 9 Series device. Also Read: OnePlus Nord CE 5G core features and other details

According to reports from 91Mobiles and OnLeaks, the upcoming OnePlus Nord phone is likely to launch with MediaTek Dimensity 1200 chipset which will be an upgrade over the Qualcomm Snapdragon 765G chipset from last year. The device will be launching in three RAM/ Storage options. These may include up to 12GB of RAM and up to 256GB of internal storage. The device will get a 6.4-inch Full HD+ AMOLED display along with 90Hz refresh rate.

As mentioned above, the main camera sensor will be 50-MP lens with Sony IMX766 sensor. The main camera is accompanied by an 8-MP ultra-wide-angle lens and a 2-MP depth sensor. Also, for selfies, the device will feature a 32-MP front camera which will sit inside the punch-hole cutout. Regarding battery capacity, the latest Nord 2 will pack in 4500mAh battery which will be larger than the original Nord phone with 4115mAh battery. According to leaks, the OnePlus Nord phone will get 30W fast WARP charging support.

Based on previous leaks, the upcoming OnePlus phone could be name as OnePlus Nord 2. This Nord 2 will be the first OnePlus phone to launch with Dimensity 1200 chip. We can expect this smartphone to be the next midrange device which could launch in next few months. According to Mukul Sharma, another renowned tipster, claims that the OnePlus Nord 2 is likely to launch in India in the month of July.

Based on the leaks, OnePlus is likely to give Nord devices a massive upgrade in terms of features over their original OnePlus models. With improved features, the OnePlus Nord 2 is likely to be priced on a higher side. The Realme X7 Max with Dimensity 1200 chipset is priced at Rs 26999. Therefore, we can expect the OnePlus Nord 2 to start in between the Rs 27000 to Rs 30000 mark. Last year, OnePlus Nord price starts at Rs 24999. Considering the OnePlus Premium class, the Nord 2 will be priced a little higher. 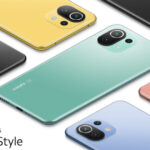 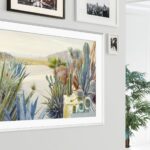