The Dimensity 1300 processor upgrades the company’s Dimensity 1200 SoC. To recall, this MediaTek Dimensity 1200 SoC was launched last year. According to recent reports, Chinese smartphone brands like Realme, OnePlus, and others plan to bring new Android smartphones with these MediaTek chipsets. The Chinese OEMs like Realme, Xiaomi, OnePlus, and others have recently released their flagship 5G devices with Qualcomm Snapdragon chip.

A five gigapixel-per-second ISP powers the MediaTek Dimensity 8000 chipset in optics. The Chinese chipset maker claims that this will allow faster HDR photo and video capturing. Both MediaTek Dimensity 8100 and Dimensity 8000 chipsets will feature Imagiq 780 ISP with 200-megapixel cameras. Furthermore, it will offer HDR10+ video recording support at 4K resolution at 60fps. These smartphone chipsets will allow dual-camera HDR video recording on both the front and rear cameras or two rear camera lenses on Android phones.

In terms of performance, the MediaTek Dimensity 1300 chipset features a high-performance ARM Cortex-A78 core. This high-performance core is clocked at 3GHz. There are three performance Cortex-A78 super cores and four efficiency ARM Cortex-A55 cores. Furthermore, this chipset gets an ARM Mali G77 GPU and MediaTek APU 3.0. This device will support AI capabilities. Similarly, the new chipset will support Dolby Audio support for smart speakers on the device for audio.

During the launch event, CH Chen, Deputy General Manager of MediaTek Wireless Communication Business Unit, said, “You could say the MediaTek Dimensity 8000 series is the little brother to our flagship Dimensity 9000 chipset. Meaning it brings flagship-grade features and next-level energy efficiency to the premium smartphone market.”

The latest MediaTek processor will compete against the likes of last year’s flagship chip, the Qualcomm Snapdragon 888 SoC. According to recent reports, mobile phone enthusiasts will not have to wait for smartphones with the latest MediaTek Dimensity 8100, Dimensity 8000, and Dimensity 1300 processors. The Chinese chipset makers have already confirmed that smartphones with these chipsets will debut in the first quarter of 2022. These smartphones could come from some of the “world’s biggest smartphone brands.” 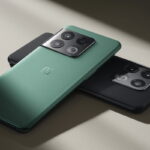 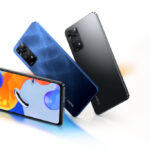