MediaTek is reportedly teasing about the world’s first ever 4nm smartphone chipset. In relation to the chipset, MediaTek has also released a teaser video for the same. Although, the video does not share much details about this latest chipset. But we do confirm that this chipset has apparently broken all the previous benchmark records. According to reports, the latest MediaTek Dimensity 2000 chipset has scored more than a million points on AnTuTu. This score is even higher than the score of Qualcomm’s current flagship Snapdragon 888 Plus.

This report is confirmed by two of the popular tipsters namely Ice Universe and the Digital Chat Station. Additionally, the report has also confirmed that this MediaTek Dimensity 2000 chipset has scored 1002220 points on AnTuTu. With this score, the latest MediaTek chipset easily beats the current flagship from Qualcomm, Snapdragon 888 Plus. The report from Ice Universe and Digital Chat Station also confirms that the Vivo will be the first smartphone brand to make use of this MediaTek 4nm chipset.

In this report, it has been confirmed that the Vivo V2184 will be first handset to feature MediaTek MT6983 chipset. The device is likely to be a new model under the latest Vivo X-Series. The all-new MediaTek MT6983 will be the Dimensity 2000 chipset. Rumours also confirms that Vivo is one of the prime clients of MediaTek for its Dimensity 2000 chipset. Also Read: Qualcomm Snapdragon 888 successor, with 4nm fabrication process

To recall, Apple’s M1 powered iPad Pro is the only device to surpass 1 million score on the AnTuTu. Moreover, the devices that features the Qualcomm Snapdragon 888 chipset have not managed to surpass the 1 million points on score sheet. For context, the Red Magic 6 with Snapdragon 888 chipset is the only device with highest AnTuTu score of 858734.

In the teaser video, MediaTek has introduced its next-gen flagship smartphone chipset. In this video, MediaTek claims that the Dimensity 2000 will offer superior performance and battery life. Although, the company did not reveal the exact numbers or any other details.

According to reports, MediaTek has secured a 4nm order with TSMC. Although, Qualcomm and Samsung are still using Samsung’s 4nm foundries. A report from DCS confirms that the MediaTek Dimensity 2000 chipset will feature a Cortex X2 core. It will be clocked at 3.0GHz. Additionally, it will also get three Cortex-A710 cores and four Cortex-A510 cores. The chipset will come in pair with the ARM Mali-G710 MC10 GPU.

Earlier from a benchmark leak, it was reported that the Vivo is working on a Qualcomm Snapdragon 898 based smartphone. According to reports, Qualcomm is likely to launch its upcoming chipset on November 30 during its Annual Snapdragon Summit. This makes MediaTek to hurry, as it has only a couple of weeks to unveil the Dimensity 2000 chipset. Also Read: Realme 8 5G with MediaTek Dimensity 700 series SoC launches in India 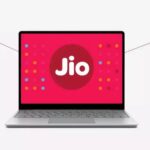 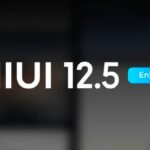