Overall, the latest Samsung Galaxy F13 is almost similar to Samsung Galaxy M13. Remember, Samsung Galaxy M13 was launched in May earlier this year. Although, this Galaxy M Series did not make it to the Indian markets. The only noticeable difference in both smartphones comes partly from the battery capacity.

As per these launch offers, the Samsung Galaxy F13 smartphone is available with a Rs 10000 instant discount for customers using an HDFC Bank card. Similarly, a similar offer is also available for the ICICI Bank cardholders. Additionally, Flipkart is giving Google Nest Mini and Nest Hub at discounted rates to the customers purchasing the new Samsung phone.

The latest Samsung Galaxy F series smartphone is a dual-SIM (Nano) smartphone running on Android 12. Like the Galaxy M Series smartphone, this phone also runs on Google Android 12 OS along with One UI. The Samsung handset features a 6.6-inch Full-HD+ display. Additionally, this display comes with a screen resolution of 1080*2408 pixels. The Corning Gorilla Glass 5 protection protects the production of this Samsung Galaxy smartphone. Samsung claims this display can reach a peak brightness of up to 480 nits.

Under the hood, the Samsung Galaxy F13 is powered by the Exynos 850 SoC. The chipset will come in pair with 4GB of RAM. The smartphone also comes with a RAM Plus feature to virtually expand the RAM by using the built-in storage. Furthermore, the handset carries up to 128GB of onboard storage with storage expansion support. The internal storage can be expanded via a microSD card of up to 1TB through a dedicated slot. Remember, the same chipset is also present on the Samsung Galaxy M13.

For device security, the Samsung Galaxy F13 smartphone comes with a side-mounted fingerprint sensor. The latest Galaxy F13 packs a massive 6000mAh battery and 15W fast charging support. The South Korean tech giant claims that the newly launched smartphone has adaptive power-saving features and AI power management. This AI Power Management will put the unused apps (for three days) in Sleep Mode. Furthermore, the unused apps for more than a month will be placed in Deep Sleep Mode. Now, let’s look at the Samsung Galaxy F13 in detail.

The latest Samsung Galaxy F13 comes inside the usual white colour box packaging. The dewdrop notch display smartphone is featured on the top-of-the-box packaging. The rear side of the retail box features the key highlighting features like a 6000mAh battery, Full-HD+ display, and triple rear cameras. It also mentions the price details on the back side of the retail box.

On opening the retail box, we get a white compartment packaging in some documents and a SIM Tray ejector pin. Below this, we get the Galaxy F13 mobile unit. In the lower compartment, we get the 15W Samsung fast charger. Finally, we get the Samsung high-quality USB Type-A to USB Type-C cable. Being a budget smartphone, Samsung is not offering any Galaxy F13 back cover.

Samsung always tries to follow the same design language on almost all smartphones. Being a budget smartphone, Galaxy F13 follows the same pattern as the smartphones under Galaxy A Series and Galaxy M Series. The rear panel of the Samsung Galaxy F13 comes with a pleasant texture, and this texture helps to grip the smartphone comfortably. Also Read – Poco F3 – A Poco F Series mobile phone specifications and price in India

The Samsung Galaxy F13 back panel is made up of plastic. With a large battery, the Galaxy F series smartphone is pretty chunky. From the front view, the smartphone looks like any other budget phone. The front display gets a dewdrop notch. The side bezels are on the bigger side, and the chin is pretty thick. Also Read – The latest Samsung Exynos 1280 5G processor launched, specs and other details

In terms of physical appearance, we get a 6.6-inch Full-HD LCD with a dewdrop notch. This dewdrop notch accommodates the front selfie camera. At the right edge, we get the volume rockers and the power button, and this power button doubles as the fingerprint scanner. The bottom edge features a single bottom-firing speaker and USB Type-C charging port with charging and data transfer. The handset also has a 3.5mm headphone jack and a primary mic.

The left edge of the Samsung Galaxy F13 gets the dual SIM Tray slot. This sim tray comes with a dedicated microSD card slot. The top edge is clean. We get the triple rear camera setup along with the LED Flash on the rear side. The camera module is designed perfectly with almost no camera module bump. Besides this, the back side also gets Samsung branding at the bottom centre of the rear panel.

The 6.6-inch LED Display on the Galaxy F series smartphone comes with a Full-HD display resolution. Furthermore, this display offers a 60Hz refresh rate which is a downgrade over its predecessor. The Samsung Galaxy F12 comes with a 90Hz refresh rate. In our experience, we believe the display will offer a much better resolution if the refresh rate is on the higher side. A similar display is also present on the Samsung Galaxy M series phone, Galaxy M13.

Overall, the display on Samsung Galaxy F13 is pretty decent. It offers good colours and proper viewing angles. Samsung claims this display can reach a peak brightness of up to 480 nits. But in our experience, the peak brightness is rather underwhelming. We struggle to view the critical text on a bright summer afternoon. Additionally, in our experience, the auto-brightness sensor is also pretty slow. This could be an issue with our unit; however, it can be fixed with a software bug.

The latest Samsung Galaxy smartphone is powered by a Samsung branded octa-core Exynos 850 SoC. The Galaxy F13 comes with only 4GB RAM and up to 128GB of onboard storage. Remember, Samsung Exynos 850 is an entry-level chipset launched two years back in 2020. As mentioned above, the same chipset is already present on the Samsung Galaxy M13. In our testing, this chipset easily outperforms most of the SoCs found on similarly priced smartphones.

It can easily handle basic gaming, and we did not witness significant lagging or frame drop issues during basic gaming. However, it does feel slow from time to time while interacting with the Samsung One UI. Also, this Exynos chipset does not support 5G, which means that this Galaxy F13 is not a future-proof smartphone.

On the software front, the Samsung Galaxy F13 smartphone runs on Android 12 with OneUI 4.1 on top. The Galaxy F series handset comes with a bunch of pre-installed apps. Meanwhile, we can easily uninstall these unwanted apps, which send spammy notifications on our smartphones. Furthermore, Samsung Galaxy smartphones do not get any Ads baked into the One UI. The South Korean smartphone makers promise 2 major software updates and 2 years of monthly security updates for this Galaxy F series smartphone.

Just like the Samsung Galaxy M13, the latest Galaxy F13 also gets a triple rear camera setup with a 50MP primary sensor. For the price point, the Samsung smartphone has nothing to complain about. Although, in our experience, the camera quality is average. Meanwhile, the most significant lacking factor in this camera setup is the lack of proper dynamic range.

Though, the photos clicked from this smartphone are social media-ready photos. The Galaxy phone does not offer a dedicated night mode. However, low-light photography is still entirely usable. There is also no form of stabilization on the smartphone regarding videos.

Again, talking about the video quality is acceptable considering the price point. Talking about the positives, most of the rival brands are also eliminating the ultra-wide sensor in this price range. Luckily, Samsung still offers a 5MP ultra-wide shooter on the Galaxy F13 phone. In good daylight situations, the camera on Galaxy F13 can provide some decent shots.

Additionally, the third 2MP camera is a depth sensor. This camera sensor is to make up the numbers. Meanwhile, there is nothing to talk about for the third sensor. Additionally, the 8MP selfie camera on the front can produce some decent results. However, there is no autofocus on the front camera. To click a perfect shot, you need to keep the smartphone stable. Overall, the camera quality of the Galaxy F13 is quite similar to what we have already seen on the Galaxy M Series, Galaxy M13.

The latest Samsung Galaxy F13 comes with a massive 6000mAh battery. In our experience, this massive battery can easily last for two days in general usage. We often use this smartphone for texting, taking calls, and scrolling through social media. Although, the video content consumes a lot of battery. With video playback and recording, the battery on the Galaxy F13 can also still last you well over a day.

Furthermore, the Galaxy F13 comes with a 15W Samsung fast charger inside the box. With this charger, the device takes over 3 hours to charge from 0 to 100 per cent. Meanwhile, this is not exactly as fast as we expected. Though, this Galaxy F series smartphone’s battery life is pretty impressive.

Regarding other features, the side-mounted fingerprint sensor on the smartphone also works pretty quickly. It quickly unlocks the smartphone. However, it refuses to work with sweaty or wet hands. So, keep in your mind that the fingers must be completely dry.

For audio experience, the smartphone comes with a single bottom-firing speaker. Additionally, the Galaxy F series phone speaker is quite loud and has decent audio quality. Furthermore, just like the Galaxy M series M13, the Samsung Galaxy F13 comes with a 3.5mm headphone jack. It also comes with dual SIM support and a dedicated slot for a microSD card.

Samsung Galaxy F13 is a good budget smartphone for those looking for a bigger battery. Furthermore, the smartphone is highly impressive with its battery life. The ad-free UI is a big plus point for this Galaxy F series smartphone. Additionally, the presence of an ultra-wide-angle camera gives it an upper hand over its rivals. Though, it is not the strongest contender in terms of raw performance. Overall, it still offers enough value, especially if you are on a tight budget. 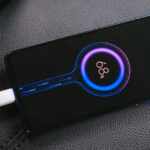 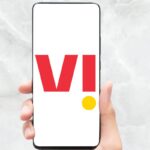